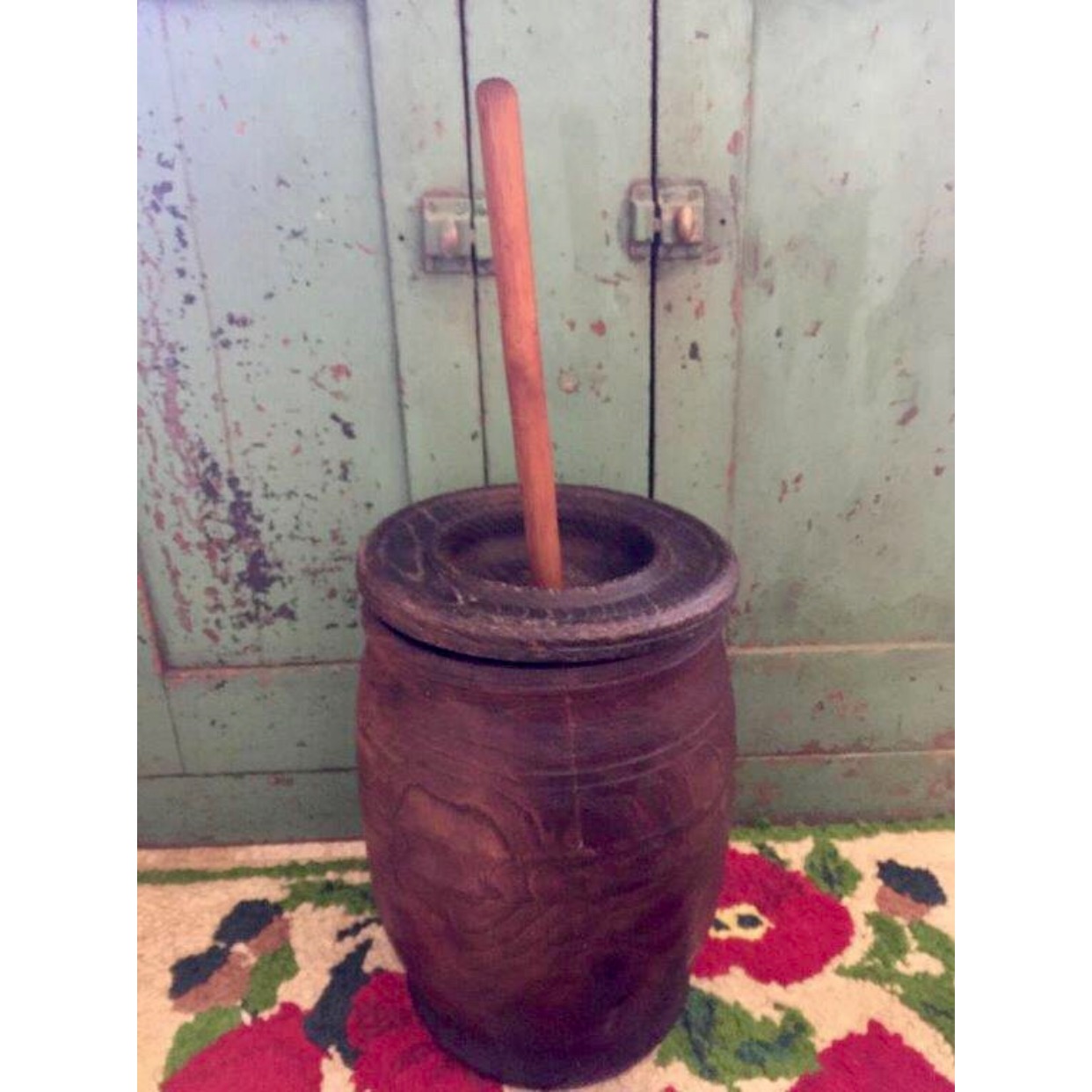 By the time my brother was 13, he was getting slippery about his comings and goings.  His moods were unpredictable and he was nearly impossible for our parents to deal with.  His new weapons were anger and silence.  I envied him all that barely-contained rage.

For a while, Leslie Ray used his paper route for freedom. If he was late for church, he said the papers arrived late. Sometimes  he skipped church altogether, a sin for a preacher’s boy, according to Daddy, and instead he went door to door collecting on his route.  Freedom from Sunday School lasted only until Daddy set up other collection times. I wanted to be just like Leslie, brave and bold. So far the best I’d come up with was moping.  When things went wrong, I was the sad one.  He was the mad one. 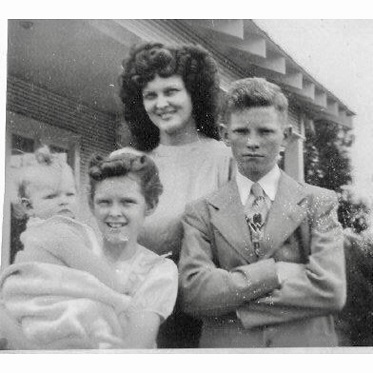 This is not the face of a happy boy.

We were interpreters for each other.

“What’s your sister crying about now?”

“Nothing.  She just cries sometimes.”

Not eloquent, but given that he always knew exactly what I was sad about, it was his attempt to let me keep secrets too.

I was a fairly competent liar myself by then and getting better at it all the time. Saying “I don’t know,” when in fact I did know, was necessary to keep them from engaging in a line of questioning that might have exposed Leslie Ray’s present sanctuary.  I assumed part of his enjoyment was derived from keeping them guessing.

We never tattled on each other.  Exercising an instinct shared sometimes by children born close together, we helped each other avoid incrimination.  We were dedicated to maintaining the dividing line between Them and Us.

Leslie practiced brinksmanship, magically reappearing just before a situation required someone to go hunt for him.  His arrivals back home were cut so close, he entered the house a cartoon character accompanied by screeching, braking sound effects.  Contrary to Daddy’s suspicions, my brother was not, at the present time anyway, doing anything our parents would consider sinful, but his history of misdeeds kept them alert to all possibilities.  I wished just once without jeopardizing Leslie’s privacy, I could say,

“Go ahead, ask me that again.  Ask me  ‘Where’s your brother?’ so I could answer,

Churning for Sister Coker.  That’s where he was at least once a week. Churning and listening to the radio in the Cokers’ kitchen and chatting with the family while maneuvering their old wooden churn paddle into a happy slap, glug, slap glug rhythm that turned milk from their cows into butter.  Which was a surprise at first because he was impatient, full of energy, never could sit still, and everyone knows churning takes time.  It’s repetitive.  I never lasted a whole churn’s worth, but Leslie could sit there all night swooshing that dasher around.

Spending time at the Cokers’ house was never forbidden.  They were among our most faithful church members, and their farm was one of the places we were welcome any time we could slip away. That’s why it was so odd and somehow more fascinating that Leslie Ray kept his time with them a secret.

Just down the road from our parsonage, on the way to the creek, was the Cokers’ place, where a humble farmhouse boasted a wide front porch that welcomed a steady flow of neighbors.

Sister Lastena Coker with our Baby

Sister Coker was sometimes a little absent-minded but she continued to absorb information even while seemingly in a trying-to-remember state so you didn’t want to underestimate her, because she could drop a cogent remark into a conversation when you least expected it.  You had to let yourself stay relaxed about whichever state you found her in.  She was always occupied with the farm and family and church and always offered the world a kind demeanor.  She said, about most any problem,

“Everything will work itself out directly.”

She repeatedly misplaced one or another of her favorite butter molds and when Leslie Ray showed up ready to churn, she first dispatched him to help her get everything rounded up again.

“Leslie Ray, climb up there and see if you can find that one that’s shaped like a rose. That was my mama’s favorite.  I want you to see it.  Be careful now.  Use that ladder.”

He was already on the counter, part monkey, part growing boy, and was feeling around at the very top of the cabinets where somebody, probably Sister Coker herself, kept stacking up the old, prized butter molds, and when the stack tumbled, some of them lodged in odd spaces. Leslie said,

“Here it is! It slipped down back there.  We better fix that shelf.  It’s pulling away from the wall. You got a hammer handy?”

She answered with another subject.

“Now what’d I do with that dasher?”

From his perch up on the counter, he performed a quick scan and spotted it.

“It’s over yonder. You probably took it out to clean it.” 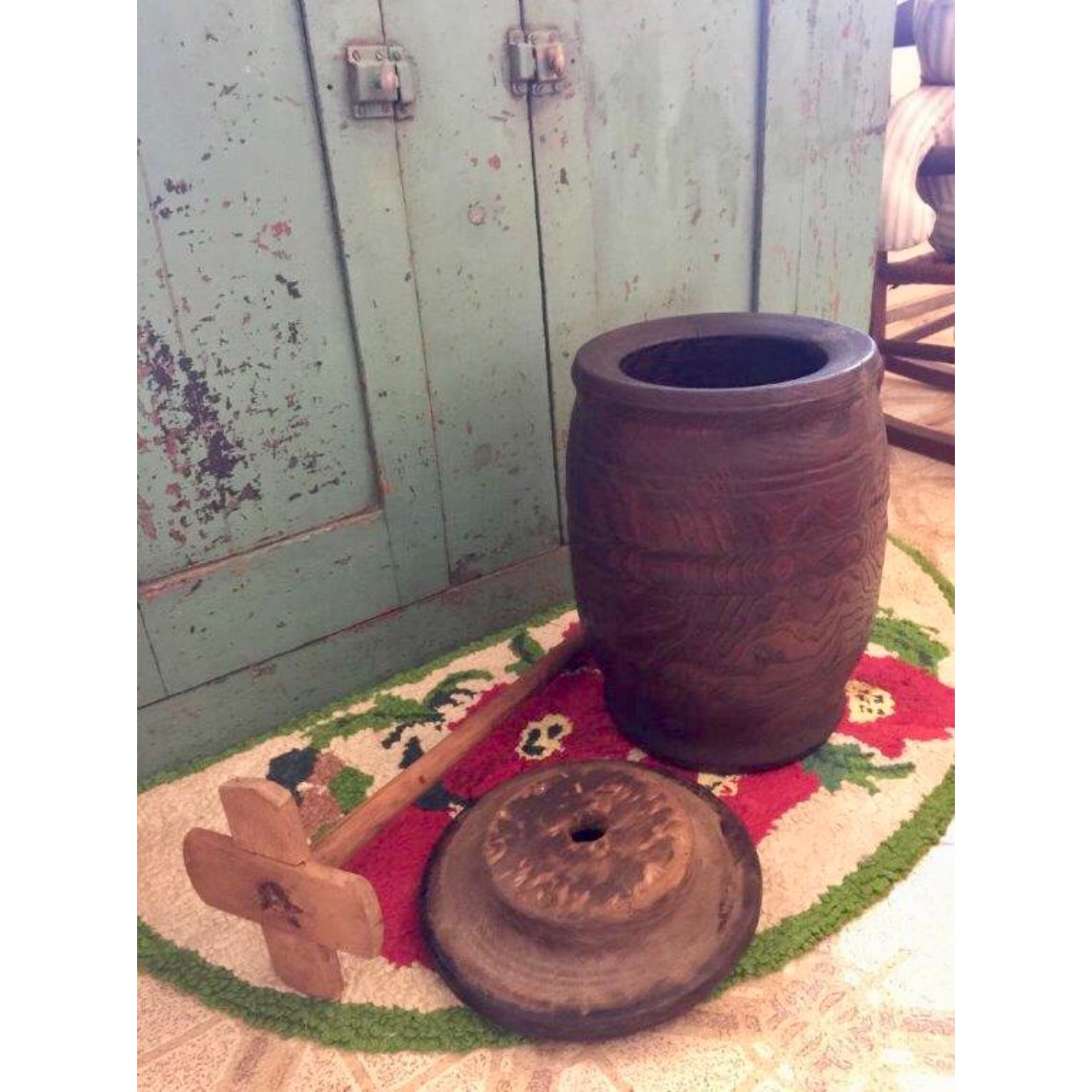 He came back home to our parsonage carrying his handmade and quite artistic fresh butter, acting like the Cokers had made it and asked him to give it to their pastor.

Daddy was an appreciator of everything homemade and he thought Sister Coker was responsible for the recent abundance of beautiful butter on our table.  He called to Mother,

“Doll-Baby, c’mere and look at this butter Sister Coker made.  This one’s shaped like a rose.”

Leslie delivered butter to us every few days and we spread it on warm biscuits and didn’t even bother with preserves, the butter was that good. Not once did my brother reveal himself as the maker of this bounty.

When Daddy thanked Sister Coker for the butter, she said,

“Oh Leslie Ray’s such a big help,” and her statement rolled right on into that great ball of Southern church-speak where people say nice things they think someone else wants to hear, so Daddy thought Sister Coker was just complimenting him on his very trying son’s behavior.

Leslie’s secret would have been uncovered if Sister Coker had ever once said something more specific like “He’s so helpful with the churning,” or “So sweet the way he makes butter every week,” but the words never happened to fall that way into a conversation, so nobody was telling a lie.

While we lived in Murfreesboro, Arkansas, my brother spent as much time as he could with that family, helping them at butchering time, working in their garden whenever he wasn’t required to work in ours and finding something there that he needed, something more important than just being able to disappear now and then.  Leslie Ray needed to be in charge of something. The Cokers let him.

A version of this story appeared in Reminisce Magazine. 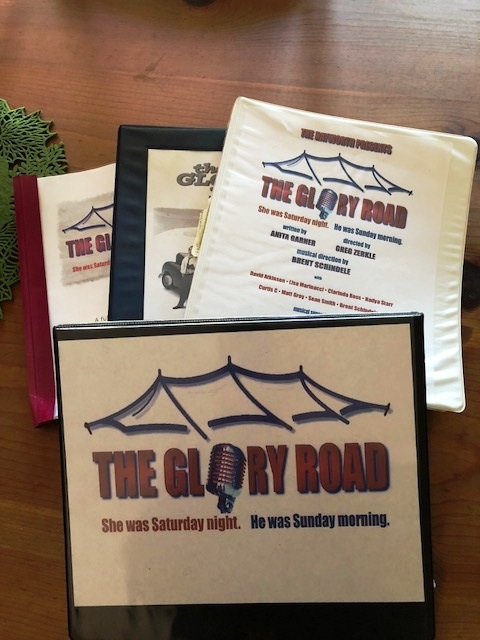 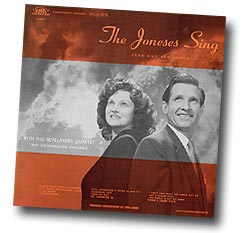