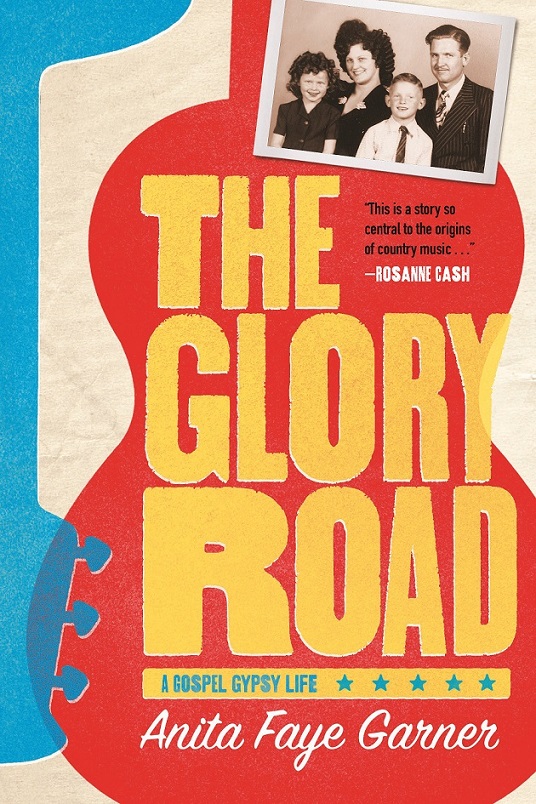 It’s pure joy to see the listing for my memoir, “The Glory Road: A Gospel Gypsy Life” along with the editorial reviews on Amazon.   That means it’s really happening.  Spring will arrive if Amazon says so.  You can order right now for April delivery.

Everything accomplished this year feels like a miracle and I’m celebrating each step. The Kindle version and audio books  are coming soon and when that happens, I’ll probably have another piece of pie.  By the time we hold this book in our hands I’m going to be one round little writer.

Anita Faye Garner grew up in the South—just about every corner of it. She and her musical family lived in Texarkana, Bossier City, Hot Springs, Jackson, Vicksburg, Hattiesburg, Pascagoula, Bogalusa, Biloxi, Gulfport, New Orleans, and points between, picking up sticks every time her father, a Pentecostal preacher known as “Brother Ray,” took over a new congregation.

In between jump-starting churches, Brother Ray took his wife and kids out on the gospel revival circuit as the Jones Family Singers. Ray could sing and play, and “Sister Fern” (Mama) was a celebrated singer and songwriter, possessed of both talent and beauty. Rounding out the band were the young Garner (known as Nita Faye then) and her big brother Leslie Ray. At all-day singings and tent revivals across the South, the Joneses made a joyful noise for the faithful and loaded into the car for the next stage of their tour.

But growing up gospel wasn’t always joyous. The kids practically raised and fended for themselves, bonding over a shared dislike of their rootless life and strict religious upbringing. Sister Fern dreamed of crossing over from gospel to popular music and recording a hit record. An unlikely combination of preacher’s wife and glamorous performer, she had the talent and presence to make a splash, and her remarkable voice brought Saturday night rock and roll to Sunday morning music. Always singing, performing, and recording at the margins of commercial success, Sister Fern shared a backing band with Elvis Presley and wrote songs recorded by Johnny Cash and many other artists.

In her touching memoir The Glory Road, Anita Faye Garner re-creates her remarkable upbringing. The story begins with Ray’s attempts to settle down and the family’s inevitable return to the gospel circuit and concludes with Sister Fern’s brushes with stardom and the family’s journey west to California where they finally landed—with some unexpected detours along the way. The Glory Road carries readers back to the 1950s South and the intersections of faith and family at the very roots of American popular music.”

“This is a story so central to the origins of country music: the marriage of Saturday night and Sunday morning, and the literal marriage of two musicians, sometimes at odds with each other creatively and personally. The song written by Fern Jones ‘I Was There When It Happened’ was performed around the world by my dad and the Tennessee Three, became the title of the memoir of Marshall Grant (the bass player in the Tennessee Three), and was revived yet again when I performed it every night on a recent tour I did with Ry Cooder. Anita Garner was ‘there when it happened,’ and her book tells us what we ought to know.”
—Rosanne Cash“
The Glory Road takes us to an important cultural crossroad of America––where gospel met rockabilly, and Saturday night collided with Sunday morning in the late 1950s in the Deep South. It’s also a very personal family story of a deeply religious preacher, Raymond Jones, whose wife, Fern, had a big voice and even bigger musical ambitions. Anita Garner’s recounting of her parents’ lives––their tensions and travails on the ‘gypsy road’ of tent revivals and recording studios––echoes one of her mother’s most famous songs: ‘I Was There When It Happened.’”
—Dayton Duncan, writer/producer of Ken Burns’ Country Music

“I’ll admit I didn’t know the music of Sister Fern and The Joneses until now. So, The Glory Road has introduced me to some exciting and important music. But, even more than that, the story itself will stick with me. I don’t expect to forget these characters.”
—Burgin Mathews, coauthor of Doc: The Story of a Birmingham Jazz Man 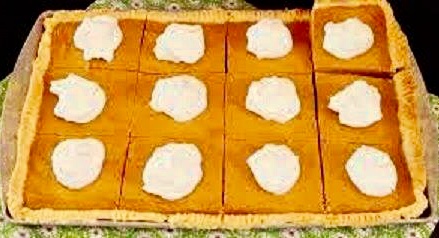 Here’s a way to ignore calories while enjoying the snacks we love. Change the rules.  If you eat it at a different time of day it’s calorie-free.  Pie for breakfast or whenever a pie mood strikes.

It’s also calorie-free if you change what you call it and how you cut it. Don’t call it dessert.  Don’t cut pie into wedges.  When you cut a round pie into squares it has no calories.  Or switch to slab pie which was never meant to be cut into triangle shapes in the first place. In addition to having no calories because they’re square, a nice healthy chunk of slab pie can bring on happy memories of potlucks and bake sales.

This Thanksgiving season, I will follow one of my own traditions.  Bake an extra  pie, cut it into squares and visit it at many non-dessert times. 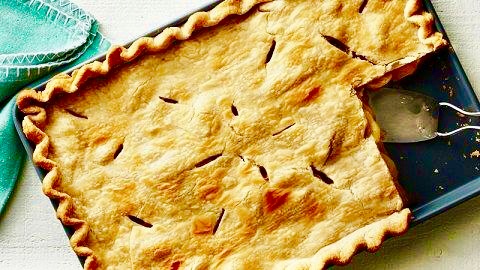 Stephen King covered a similar topic, his own  snacking-without-calories suggestions in an article for Entertainment Weekly magazine years ago. I’m going to go ahead and validate his ideas in advance because Stephen King is smart and occasionally silly. 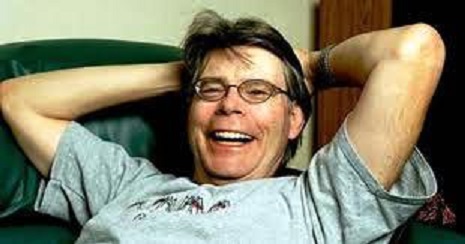 “…A number of people have asked your Uncle Stevie for dieting advice. Me, a guy who never met a fat calorie (preferably deep-fried) he didn’t like. At first I thought giving such advice didn’t fit my job description as a commentator on the pop cult scene, but after further consideration, I decided it does. Because staying current with pop culture is mostly a thing you do sitting down, right? And if you’re watching TV, listening to music, or going to the movies, you want to eat, right? So the question then becomes, Uncle Stevie, how do I maintain my keen pop culture edge without turning into a sumo wrestler who knows every single word to the Brady Bunch theme song?

Luckily for you, I have some tips — stuff that would put Weight Watchers out of business. I’m taking a chance here; the Diet Police will certainly try to smear and discredit me in the press, but for you guys (he said modestly) I’m willing to take the risk.

… fortunately for the devoted snacker, cakes and pies are what nutritional experts call baked goods, and when stuff is baked, the calories shrink from the heat and draw in to the center.  When enjoying Bundt cake, cut around the center ring and throw it away. The rest of the cake is calorie-free (except for the frosting, but you can’t have everything).   When you serve yourself a nice fat wedge of chocolate pie, just remember to cut off the pointy end, because that’s where the calories are.” 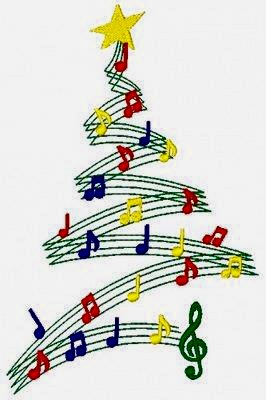 The debate about Christmas music starting too early has already begun on social media.  I spent years on the radio and all of us on the air worked from a playlist which we didn’t often get to select. Program directors and consultants and sometimes the station manager’s family decided what we played.  That last one isn’t a joke.

Just before in-earnest holiday madness began, Christmas songs were slowly merged into the playlist, but no matter when they started, someone on the air staff hated it. 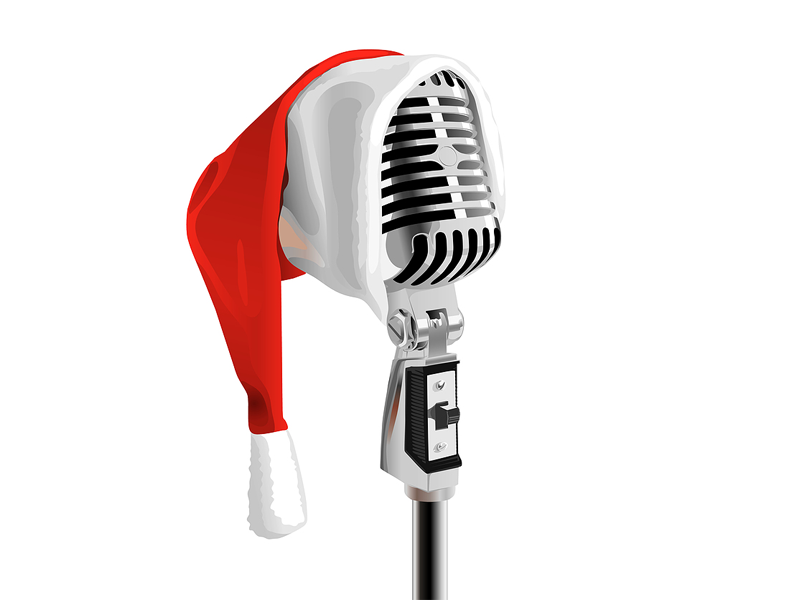 Here’s a scene from a typical radio programming meeting, where on-air people wrestled with the Program Director.

PD: So guys – and Anita – you’ll notice on your playlist that we’re rotating one Christmas song each hour starting…

ME: …Couldn’t we play more than one each hour?

PD: And then by week three of the season, we’ll play four an hour.

ME: Couldn’t we play more than that?

EVERYONE ELSE: Shut up, Anita.

ME: Could I have more Christmas music just on MY show?

ANOTHER ON-AIR PERSON: You can’t call in sick, because I’m scheduling all my dental work now. I’ll be gone for a month.

The foregoing is only slightly exaggerated. I haven’t met many people who like Christmas music as much as I do.  My personal Christmas music marathon begins when I say so and ends when I decide it ends and there are the occasional times during the year when I dip in for a song or two when I need a little Christmas.  There have been more than a few of those dips during this particular year.

It doesn’t take much to bring on the spirit.   I go over to You Tube and hear  guitarist, Chris Whiteman, play anything from his holiday collection, James Taylor singing Joni Mitchell’s “River”  and “In The Bleak Midwinter,”  (this version from “The Crown” on Netflix) Vince Guaraldi playing anything, and on and on.  A few favorite holiday songs and  lights that twinkle and the holiday season is right here, right now. 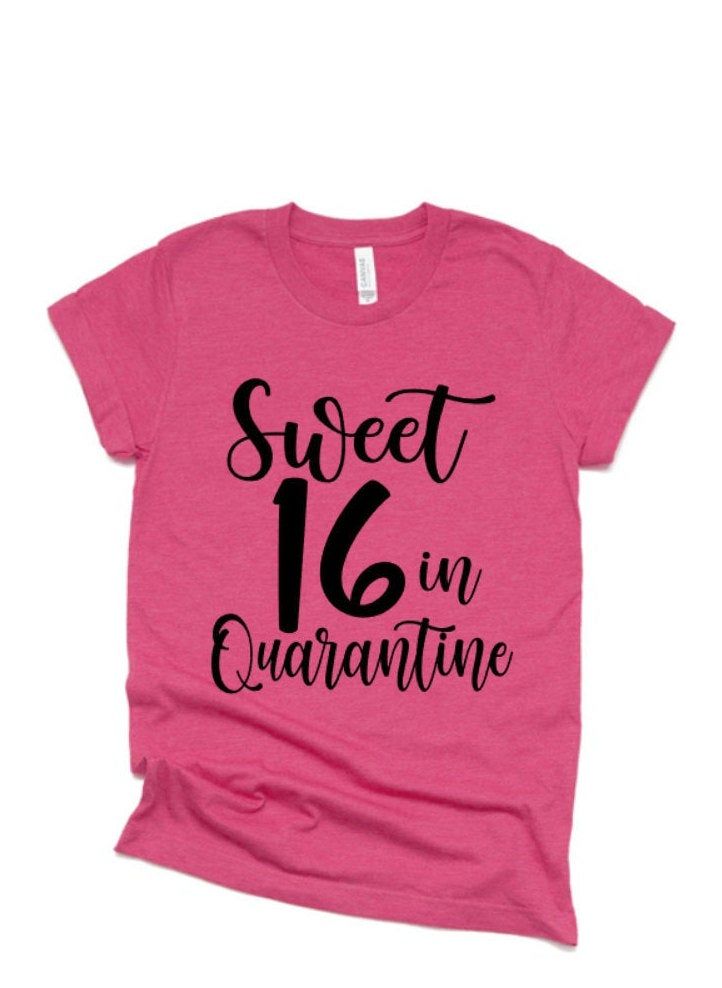 It’s a milestone I don’t take for granted.  My daughter, Cathleen,  waited a long time for this girl.  I think we were both convinced there wouldn’t be grandchildren in this family so when Caedan arrived in 2004 she felt like a miracle.

Sixteen brings in the real world to wrap up parts of childhood, or at least that’s how it works in a non-pandemic year.  Sixteen is old enough for a work permit.  Caedan hopes her volunteering at the local library might turn into a part-time job when things re-open.  Driving is another big step. A learner’s permit comes next. 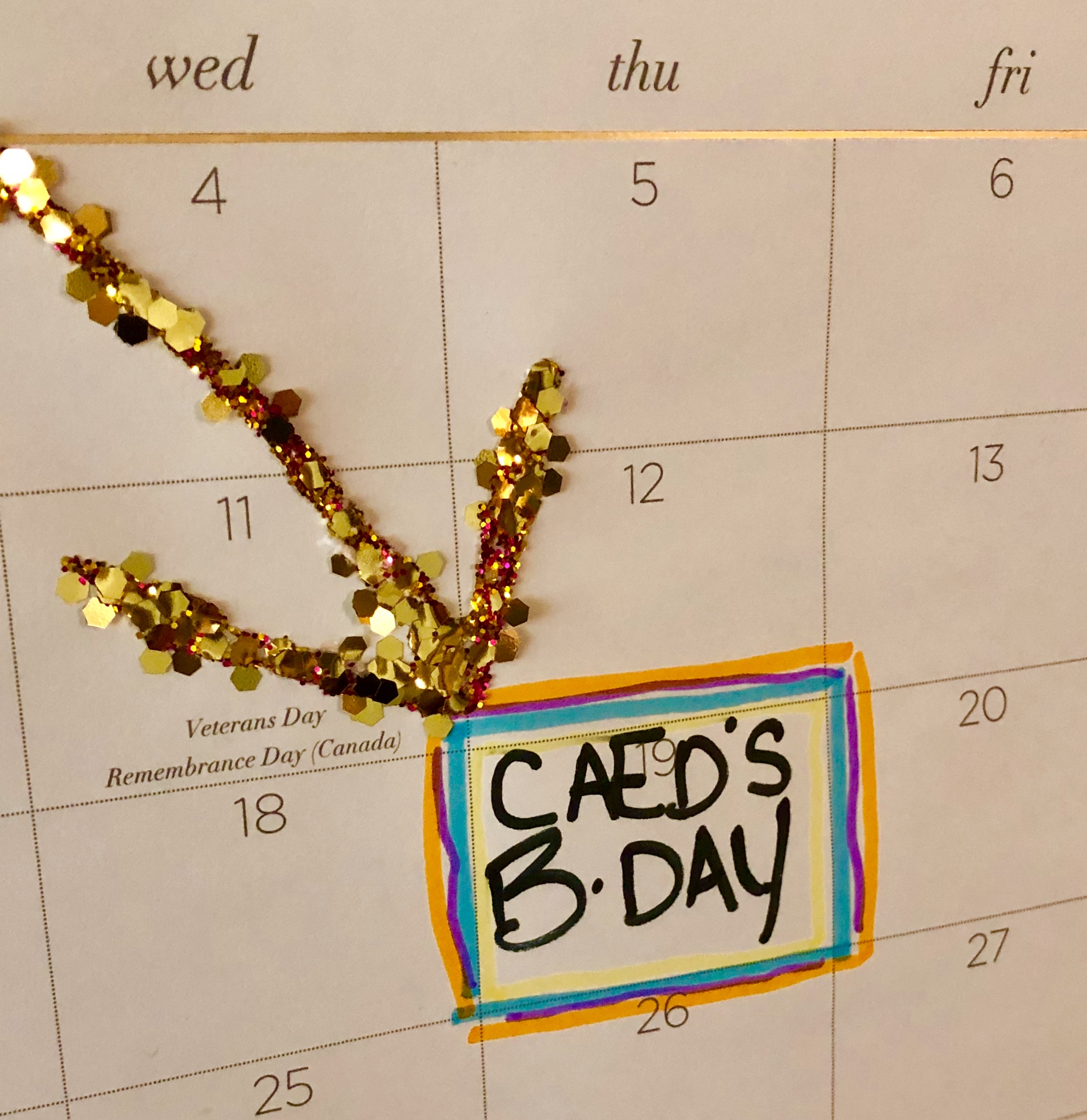 Her mother’s  Sweet Sixteen was in a restaurant in a hotel.  We booked a small private room inside “John Q’s” at the top of the Holiday Inn across from Old Sacramento.  Guests dressed fancy and gathered for dinner at one big, noisy table.

The cake was a gift from the hotel pastry chef.  It was a perfect replica of a drum set.  Cath’s Dad was teaching her to play in those days. The party was posh but it wasn’t a chapter from the lifestyles of big-spending parents.  The hotel was a client of my advertising agency and they did us proud,  compliments of the owner, John Q Hammons.

Of course we embarrassed our daughter. It’s what parents do. We hired a birthday-gram, requesting a singer to deliver roses and sing “Happy Birthday Sweet Sixteen.”  The singer turned out to be so close in age to the birthday girl that as soon as he started singing the Neil Sedaka hit both of them went all shy and squirmy.  He blushed the color of the roses all the way through his song.

None of this sounds like anything that would interest Caedan Ray. I’m picturing her in a more casual outfit, which is her style, though if you sent her a birthday-gram sung by any of the young men from BTS she might agree to some lip gloss and her favorite dangly skeleton earrings.