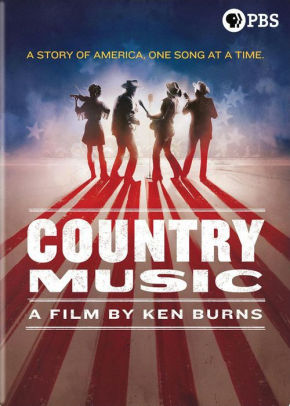 I gobbled up all eight episodes of Ken Burns’ Country Music along with countless other fans watching to see what we’d hear about our favorites.  I’m among a huge population of transplanted Southerners all over the world watching and making connections between the music and the writers and performers and the places in our hearts 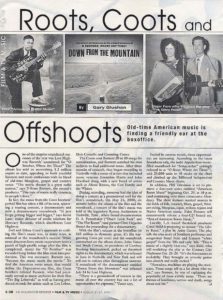 I believe the phrase used in publishing is, “has been acquired by.” The phrase I’m using is, I’m thrilled!

It feels exactly right to have our family’s deeply Southern stories published by an outstanding University in the Deep South. Here’s a quote about the Press from Authors Guild and BuzzFeed last week.

“University presses have long been key in the literary ecosystem when it comes to issuing original, risky work, and ’Bama’s is one of the most innovative.”

I’ll update details as I know them, date of release, etc.  Publishing takes a while. There’s the final edit we’re working on now, then design, then all the technical parts.

My editor, Pete, has, as Daddy would say “a heart for the piece.”  He’s part of a team who respect the material and are excited about introducing The Glory Road to readers all over the world.

Gratitude for saints and angels who steer a writer’s projects in the right direction. 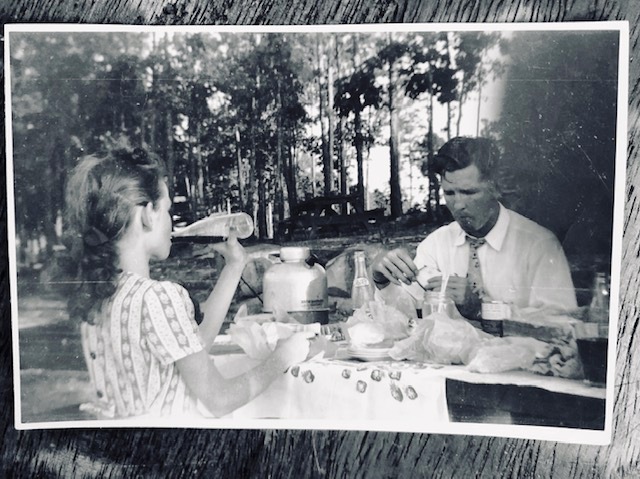 This picture represents groundbreaking, earth-shattering, modern behavior for our family.  I see wax paper and store-bought, sliced bread. We didn’t purchase either of those items often. Most of our everyday, carrying-around lunches traveled in brown sacks with contents wrapped in brown paper like the butcher used, so the rustle of wax paper meant excitement for Jones kids, no matter what it held.

We made our own bread at home:  Two kinds of biscuits, some for breakfast and another skillet of “cathead” biscuits to be sliced and used for sandwiches.  The name came from their size – “big as a cat’s head.”  Cornbread was cooked later in the morning and Daddy usually finished off the last of it at night, crumbled into a tall glass of cold buttermilk.

Daddy had no truck with store-bought food but Mother was my ally on this occasion. Because it was my birthday, and because she loved it too, she persuaded him to buy a loaf of “light bread” and a jar of smooth-whipped pimento cheese spread instead of our usual homemade kind.  Our other everyday sandwich staples were baloney or sizzled ham. Daddy fried them and tucked them into cathead biscuits and that’s what Leslie Ray and I carried to school.

Some of the unwrapped parcels of wax paper on this picnic table held big wedges of pie, which Mother baked in the middle of the night while she worked on writing her songs.

Soda pop was allowed when we traveled and for special occasions, but there was no stinting on the everyday intake of caffeine and sugar in our house. That snazzy thermos jug on the table was filled with Daddy’s sweet tea.  He made pitchers of it every day, stirring in gobs of sugar while the tea was warm.  We also drank jars of lemonade sweetened with simple syrup.  A slender thermos just out of sight held Mother’s very strong, very sweet coffee which went everywhere with her.

The expression on Daddy’s face here is probably because he was caught mid-chew, but it could also mean, I’m eating this store-bought stuff because it’s your birthday, but tomorrow it’s back to real life.

Note the preacher at a lakeside picnic in the Arkansas piney woods is wearing a dress shirt and tie.  That was also part of our real life.  Soon after our meal, we’d pack up the car, he’d drop us off at home, then he’d head out to spend hours calling on members of the congregation who needed him.