I love routine.  Embrace it.  Find it invigorating.  Routine enables us to accomplish new things because we know we can return to stand on the smooth and relatively splinter-free platform of the everyday, emboldened by the foundation we’ve built.

All new experiences aren’t better than the old ones. Just because we decline to try a new thing, that doesn’t always mean we’re afraid to shake up our routine. Sometimes it simply means the invitation isn’t that interesting.

There’s nothing wrong with preferring certain companions, specific kinds of mattresses, chairs, coffee and food.  These are often the only things I can control for weeks at a time, so I’ve learned to count each choice a small victory. My routine gives me the freedom to feel most like myself.

In this way I’m very like my granddaughter, who at three-and-a-half, embraces every detail of her daily routine and reminds anyone who forgets.

When I leave my own comfort zone in order to have a different experience, it’s a blessing to know the familiar waits for my return.  Sometimes the new works out, sometimes not.

The real enemy, of course, is the fear of change.

The very young ones haven’t learned that part yet. They’ll try anything. We supervise them closely, because in their quest for new experiences, they’ll jump too high and land on an unfriendly surface.

Somewhere in the middle is the hoped-for balance. 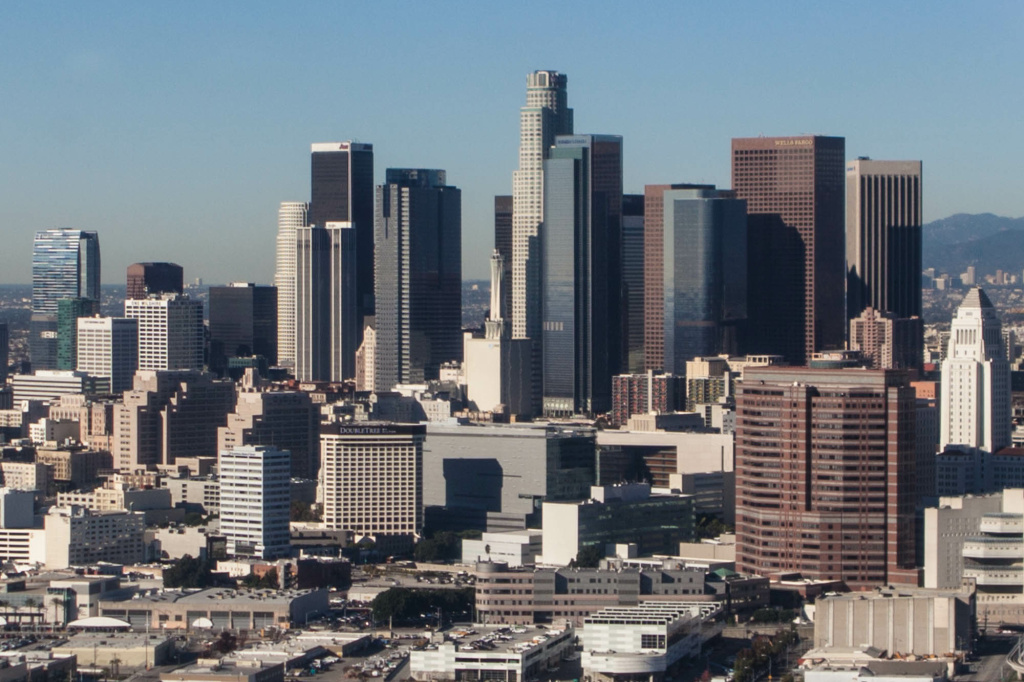 Twenty years ago, during a pre-dawn drive through Los Angeles neighborhoods on my way to church early on a Sunday morning, I wrote notes on this subject.  It was my turn that day to help prepare the chapel for worship and as I drove to my first stop at a coffee shop, I noticed lights in a few windows and imagined early risers like me, with coffee or tea and the Sunday paper.

Turning a corner that took me into an urban area, the buildings grew taller and the lights inside shone only into empty offices and corridors.  Not a single person was there at this hour. Thousands of square feet of space remained empty all weekend and every night after workers went home.  Come Monday morning, freeways would be clogged with people driving to temporarily populate these work spaces.

All of a sudden, that one Sunday morning, everything about this picture seemed wrong.

These notes come from the late 1980’s, B.E.  Before the Northridge Earthquake of ’94. In the aftermath of that quake, after crucial freeways collapsed, some employers set up satellite offices so workers could get to a space with computers. It was a swell solution but it didn’t last.

These thoughts troubled me B.A.I.T.  Before millions of citizens began to embrace An Inconvenient Truth about the effects of global warming and how our present way of life contributes to it. But we still haven’t changed many bad habits.

My notes are B.C.O.C.  Before the Current Oil Catastrophe.  Now that gasoline prices have reached a new obscene level, we’re hearing about more employers considering flex time and job sharing – ways for commuters to take care of their families and not go broke getting to work everyday.  But it’s not happening fast enough.

Lately we’ve added the current housing market crisis. Twenty years after that Sunday morning, we’re still not close to solutions. That Sunday, instead of listening to the sermon, I scribbled notes.  Recently I found them and the notes ask, Is it time for a real urban village?  Is it time to re-purpose office buildings?

Within one tall building in any city, an entire village could reside, with shops and services and education and housing in all shapes and sizes.  A skyscraper could serve its original business, but with more people working from home, the need for office space is minimized.  With entire floors devoted to living, the commute for others is gone completely.

What about the people who own those buildings?  How can they receive a return on their investment?  I don’t know as much as business leaders and politicians do about manipulating the economy, but I’m confident they’ll find ways to make money in any kind of market. They always do.

One approach to replacement revenue might be to use some of the subsidies that now go toward housing on a local and national level to defray costs.  Responding to the needs of this new urban community, services and stores inside the buildings would pay rent. Tenants would pay rent.

I know people – some of them young and single, some retirement age, some families, who are ready for this kind of new village right this minute.  For the “show me” others, when it exists, it’ll be an option they’ll consider.

It means changing dreams. The notion of a house in the suburbs, miles away from a city, relies on automobiles and gasoline. Instead of building more freeways to carry us to houses far away from work, we could make upgrading mass transit a priority.

Money can buy options for many who won’t have to face changes, but for millions of people right this minute, downsizing is necessary. I won’t use the word “affordable” next to the word “housing” because so often it’s an insult.  How about “realistic” instead?

Architects with skills and vision and heart can turn any existing tall building into a workable and lovely and sustainable small town.

Using what we’ve already got isn’t a new idea. Our ancestors did it.  The principle of re-purposing is something we heard about from our elders.  It worked for them.  If we’re smart, we can make it work for us.

My daughter, Cathleen, was born in California.  Her husband, Edan, arrived from Israel a few years ago. My granddaughter, Caedan Ray, goes to Temple Pre-School, where many songs are sung in Hebrew, where the cantor, when he teaches the little ones a song, counts off “One, two, three, go!” in Hebrew.

Caedan knows the Sabbath prayer. She greets her family with “Shabbat Shalom” and that’s about all I understand from their Friday night ritual.  Even if I did understand Hebrew, I’m not sure I’d grasp what the three year old is saying.  She doesn’t have a hard “r” sound in her arsenal and she does some creative things with l’s and y’s.  It’s easy to imagine why Mommy and Abba smile when Caedan says the prayer.

When I arrived for a visit recently, I rang the doorbell and the little girl answered.  Behind her, I could see Abba chatting on the phone. The little one (“Yiddie for short – her “l/y” situation results in her saying “yiddie” for “little” and we’ve added that to her list of nicknames) gave me a hug and said, “shhhh, Abba is talking to Einat (A-not) in Israel.”  Then she said quite slowly, to be sure I understood, “He is talking Hebrew.”

My daughter and I ask Abba if he speaks Hebrew to Yiddie when they’re home alone.  He says he forgets, because he enjoys English so much.  His English is colorful; a bit more formal than the way it’s taught in America, with fewer contractions, but then he tosses in the occasional “dude”  and “s’all good.”

So – Caedan has English.  And pre-school speak.  And bits of Hebrew.  And she has Dora The Explorer on PBS. She watches faithfully and shouts out the answers in Spanish.

Many neighbors near her home are Spanish-speaking.  One boy, Eric, goes to school in his wheelchair. He waits out front with his parents for the special van. Caedan stands eye to eye with him and says “Hola, Eric.”  His parents smile, pat her on the head, and say a whole bunch of sentences I don’t understand.  Yiddie smiles back and this goes on for a while.

From the time I was a child, even before I could read, Mother saved all her magazines for me.  She treated every one like a treasure and none was to be thrown away.  I’m not sure what she did with them after I looked at the pictures and gave them back, but when they were stacked up by my bed, they represented the promise of quiet time alone.  Since we were on the road a lot, a bed with a stack of magazines beside it was a great escape. Magazines brought the outside world into a sequestered life, and when we loaded up the car to travel again, somehow we found room in the car for Mother’s periodicals.

I shared her interest in McCall’s, Redbook, Good Housekeeping, Ladies Home Journal, Time, Newsweek, Life, and Look.  In later years, she added copies of Consumer Reports, trade newsletters concerned with music (the family business) and religion (another family business) and though I no longer shared her taste in all she read, my reverence for printed matter never diminished.

Today I buy lots of magazines at the store, subscribe to others, and receive still more as gifts. Friends also pass along the ones they receive. Often when I hear about a new magazine, I get excited and feel compelled to buy at least a few issues. Some of them fold too soon. Does anyone remember “Lear,” Frances Lear’s (God rest her soul) foray into publishing?  Rumor was that she spent millions of an enormous divorce settlement from Norman Lear to launch her dream publication.  It was big and glossy and beautiful while it lasted. I also miss Talk Magazine, with Tina Brown as Editor In Chief.  Nothing has quite replaced either of them.

Next to my big blue reading chair right now there’s an eclectic stack.  One by one they’ll go in the trunk of the car to make the trip to my daughter’s house.  She tells me she passes them along to the people she works with, and who knows where they go from there?

I like the thought of a big reading circle made up of people who don’t even know each other.