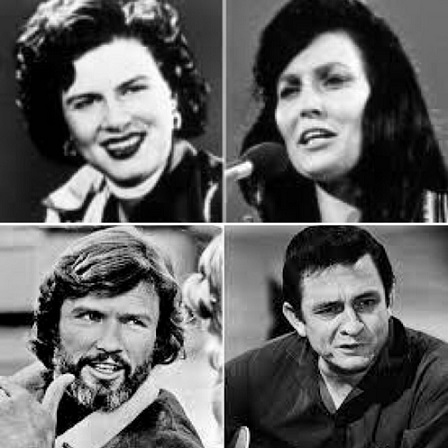 Starting the last weekend in October we’re reminded again that in Christmas movies small town living always works out best, that city people are driven and can’t put down their phones, and a holiday movie will help everyone change for the better.  This is my annual Christmas movie post.  It doesn’t really require updating because some things don’t change, but here are a few details to watch for. 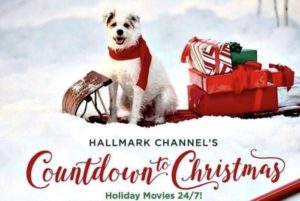 Hallmark and Lifetime Christmas movies have started.  You can still get a snack without pressing pause and you won’t miss a major development.  Thank goodness.  Our favorite plots are all still there, faithful in every detail.  Here are some things that happen in every  Hallmark Christmas movie.

In the big city, twin evils of ambition and technology conspire to rob our leading man or woman of their true selves. A trip to a small town or a farm will be required. Along the way, flights will be delayed.  Cars will be stuck in the snow. Wardrobes will need to change.

1945 movie, Christmas in Connecticut. Not a Hallmark movie, but worth noting that the plot features a famous entertainer forced to learn to decorate a Christmas tree without wearing flannel.

Today’s movies acknowledge that expensive clothes could be ruined in the weather. So we get beautiful and country-fied cold weather wardrobes.

Stylish coats and mittens and scarves are crucial to the plot.
We’ve come a long way.

All this unfolds in a charming cabin or an inn. Oh but there are problems in the country too. The heating at the inn might quit or the owner is days away from eviction. Worse yet, the visitor from the city is actually a scout from some big, cold-hearted company that plans to change things.

As these movies move along, cell phones are thrown away, big job offers are turned down, snow storms create white-outs that bring commerce to a halt, forcing our hero or heroine to slow down and learn some Christmas lessons; how to toast marshmallows, trim a tree.

There will be baking, and flour may be tossed around in a getting-to-know-you romantic way. Hands will meet over cookie cutters.

Everyone is happier wearing plaid.

Turns out people in the little town are the kindest, most generous folks anyone’s ever met. Our main character falls in love with the town and also with a former sweetheart who stayed there all this time and is miraculously single.

It’s happening again right now. Christmas movies with happy endings.  Fine with me. I like my holidays predictable.

We’re still talking about Ken Burns Country Music on PBS. People who know about The Glory Road asked, so I’m answering questions about my family’s music and how our history fits into the decades depicted in the show.

Early in the series Ralph Peer set up recording equipment in the South and pickers and singers came down from the hills to start a  country music revolution. Ralph Peer connects to our family in more than one way. (See  below.)

In the early episodes there’s shape-note singing, taught in small country churches and sponsored by sheet music salespeople. Daddy (Brother Ray) was there, sent with his brothers and sisters by his Mama, who insisted everyone in their house would carry a tune.

Governor Jimmie Davis, Louisiana’s Singing Governor, was already famous for You Are My Sunshine when  he recorded a song Mother (Sister Fern) wrote.  He was responsible for the earliest acknowledgement of her songwriting.

Johnny Cash heard Jimmie Davis sing I Was There When It Happened on the radio in the early 50’s and learned the song to please his mother.  When my Mother wrote it, the deal she was offered to get it published was to sell half the copyright to Governor Davis, whose publisher was Ralph Peer. Today our family still shares the copyright with Peer Music.  Johnny continued to record and perform the song throughout his career. (See link below.)

When Johnny auditioned for Sun Records, he and the Tennessee Two, Marshall and Luther, sang the song for Sam Phillips who, it turned out, didn’t want to record any gospel. This story appears in the movie, Walk The Line. Marshall Grant, one of the Tennessee Two, wrote a book about his time with Johnny and titled it with Mother’s song.  His book, I Was There When It Happened, is still available, I believe.  Through the movie I met Dan John Miller, talented actor/singer/musician, who played Marshall in Walk The Line.  Dan John was kind enough to play Brother Ray at a Los Angeles reading of my play.

Nashville’s A Team, fabulous studio musicians, played on Sister Fern’s recording sessions at Owen and Hal Bradley’s Quonset Hut in Nashville.  When I was writing my book and musical, Hal was still playing sessions, and was President of Nashville Musicians Union.  He was generous with his time and advice.

Mac Wiseman, bluegrass star, introduced Mother to Randy Wood, President of Dot Records, where she got her own recording contract.

The Joneses made their records later in the 50’s and their music mostly falls into the rockabilly/Southern Gospel sound, but Daddy kept his hill country/high lonesome tenor.  He married it with Mother’s blues wail and honky tonk attitude while they sang songs about Jesus.  When their music was re-mastered and released by Numero Group in 2005, some of the earliest fans came from progressive radio and college radio stations who’ve embraced roots music all over again.

I’m glad the series was produced during a time when so many of the people who played significant roles were still around to tell their stories in their own words.  Sadly, we’ve lost several of these pioneers since the show began filming.   Praise is due Ken Burns and co-producers, Julie Dunfey and Dayton Duncan.  I’m in awe of Dayton’s writing. He’s a beautiful storyteller.  And of course there’s no voice like narrator, Peter Coyote’s.

Park Hill is the mansion Ralph Peer owned in the Hollywood Hills.  My daughter, Cathleen, later worked for Peer Music (with Ralph Peer Jr. in charge) while I was on the air at KBIG radio just around the corner. Here’s one view of the Peer mansion.  Tucked away in and around the estate are guest houses, a grotto, and Monique Peer’s (Ralph Sr.’s widow) prize camellias.  Lots of camellias.  This magnificent estate housed the headquarters of the publishing company. 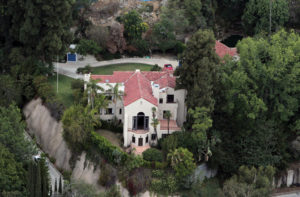 Here’s where Cath sat at her desk, inside the entryway, writing the company newsletter.

Peer Music represents all the works of the man who some say started it all – Jimmie Rodgers.  Daddy revered him and Cath arranged for her Grandpa Ray to have copies of all Jimmie Rodgers’ recordings.

Here’s Johnny Cash singing Mother’s song, I Was There When It Happened, at Town Hall Party in Los Angeles.  Click the picture for the video 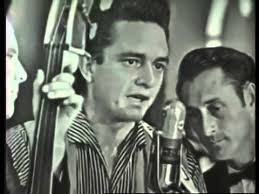 Here’s Mother, singing, Keeps Me Busy, a song from the Numero Group album, Fern Jones The Glory Road recorded with Nashville’s A Team.  Click the picture to listen. 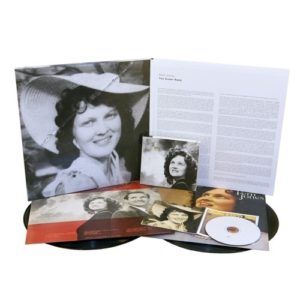 I wrote a story, Hank Williams Was A Friend of Mine, which won several awards, including a Marin County Arts Grant.  The friendship in the title refers to Daddy, who prayed for Hank every day. I’ll post it here one day. 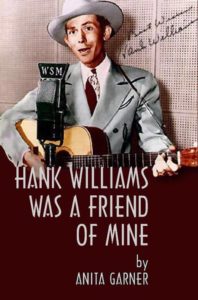 For years I was a voiceover (V/O) for KCET-TV, PBS for Southern California.  Once in a while I got to say things like “Coming up tonight, Ken Burns’ (fill in the name of any of his films.)”

And one almost-connection.  I lived in Mill Valley, California for years.  In that very small town I often spotted fellow Mill Valley resident, Peter Coyote, actor/narrator, and I always meant to say, “Nice job on the Ken Burns (fill in the name of the show)” but I never did.