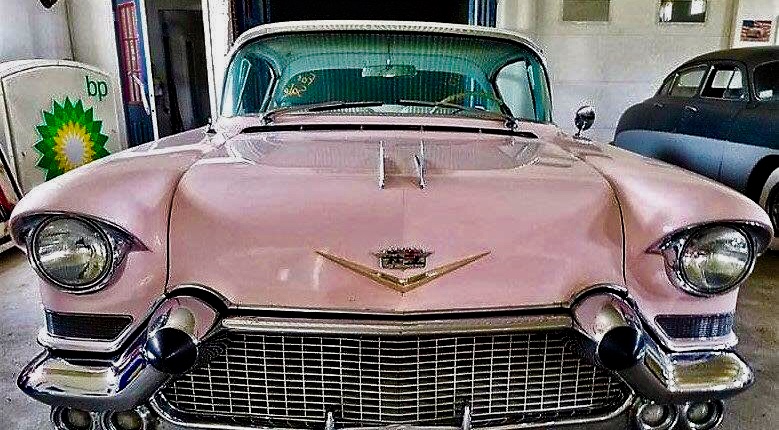 Sister Fern’s California dream
Not her actual car, but one like it

Here are two things that happened for the first time when we moved to California in the 1950s.  Daddy pursued recreational gardening.  Mother got a Cadillac to celebrate her recording contract.   She never wanted to drive but she wanted that car so she got a driver’s license. 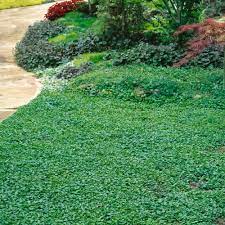 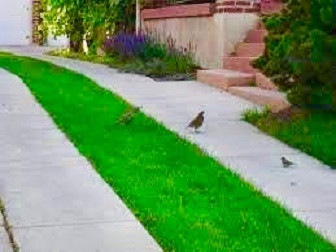 – planted right up to the edges of the driveway.
Those two-lane designs were called “ribbon” driveways.

A bit of background.  Daddy, the oldest of ten, was recruited to work the cotton fields with his sharecropping family all through his childhood.  After he became a parent himself, when we stayed in one place for a while he planted vegetables to help feed us.  When we got to California he indulged in the joy of growing things just for the beauty of them.

We didn’t see much dichondra In the South. We saw lawns with hard-working grass like St. Augustine, so sturdy a farmer bragged, “You can park a tractor out there, move the tractor and that grass pops right back up.”  But Daddy wanted the fragile stuff and that’s what he planted around their Glendale, California home.  Dichondra isn’t really like growing grass.  It’s more like raising a baby.  Grown adults down on their knees trimming it with tiny clippers. He was willing to put in the work.

Picture that giant pink Cadillac operated by an uncertain driver, approaching lanes even thinner than the driveway pictured here.  My brother, Leslie Ray, and I had moved into our own apartments but when we stopped by to visit we speculated about how the struggle between dichondra and Cadillac might go.  We felt sorry for the green stuff.  We figured If you were  an innocent lawn growing right up to the edge of the driveway and you spotted that giant pink fishtailed hunk of metal coming at you, you’d probably be terrified.

It’s a wonder the dichondra didn’t die from Cadillac fright. It was obviously in some distress. Examples of previously missed driveway attempts by the Cadillac were starting to show when Mother parked.  There were streaks of brown dirt where green once grew. Tires had wandered a bit. Mother didn’t mention it.  Daddy didn’t mention it.  We stopped by to visit, saw the damage and we didn’t mention it either.

Daddy took to watching the driveway when he expected her home.  As soon as the pink chariot approached, he was out the door, gave her a big smile and held up his hand to stop her as she was about to turn in.

She pretended it was normal to exit her car at the far end of the driveway out by the street.  He pretended it had nothing to do with his lawn.  He drove the car all the way to the rear when garages used to be  behind the house.  Backing out again?  She never did.  If there was no one around to back out for her, she’d wait.

Later, as she drove less, he finally persuaded her to sell the Cadillac and when she did she stopped driving completely. That seemed to work for both of them and the dichondra and we never heard Daddy complain about taking his Doll-Baby anywhere she wanted to go.