In decades past, we carried Grandma’s gravy and barbeque sauce home on the plane. I still take food home after family visits, but it’s easier now because I drive between San Francisco and Los Angeles with a cooler in my trunk.

Holiday mornings always include Mimosas and bacon – in a quiche or with eggs, or snatched from the platter before it’s cooled. This year, my daughter and granddaughter surprised me with a batch of biscuits made with bacon grease. Best biscuits ever.

We Southern-born cooks put bacon grease in just about everything except dessert. We add it to breads. We sauce our vegetables with it. Gravy? Not possible without a roux that begins with bacon grease. Sometimes it’s bacon grease and butter creamed together, but the bacon grease is crucial.

My people kept bacon grease in a tin can near the stove. I keep mine in a jar in the fridge, and that’s the only part of the equation that’s changed. Bacon grease is the prize ingredient. We buy bacon just to render it, so we can own the drippings. As our holiday visit was ending, I remembered that the bacon grease jar in my fridge at home was almost empty, and made a note to stop at the market to buy several pounds of whatever bacon was on sale.

While packing to come home, I heard whispering and giggling from the other room and then my granddaughter appeared with a big grin, both hands hidden behind her back. She held out a gift “from Mom and me” – a small, round container with a red bow on the lid, filled with bacon grease. The last gift of the season is, so far, top of the list of Best Gifts Ever. 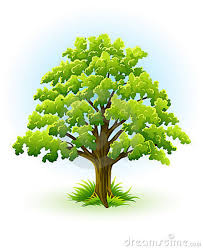 Remember when we were very young and thought “happy” was our birthright? As the years went on, we’d do a lot of things just to get some of that. Today I think “content” or “peaceful some of the time” will suffice. I don’t think of these as compromises, but rather as more likely-sustainable states of mind.