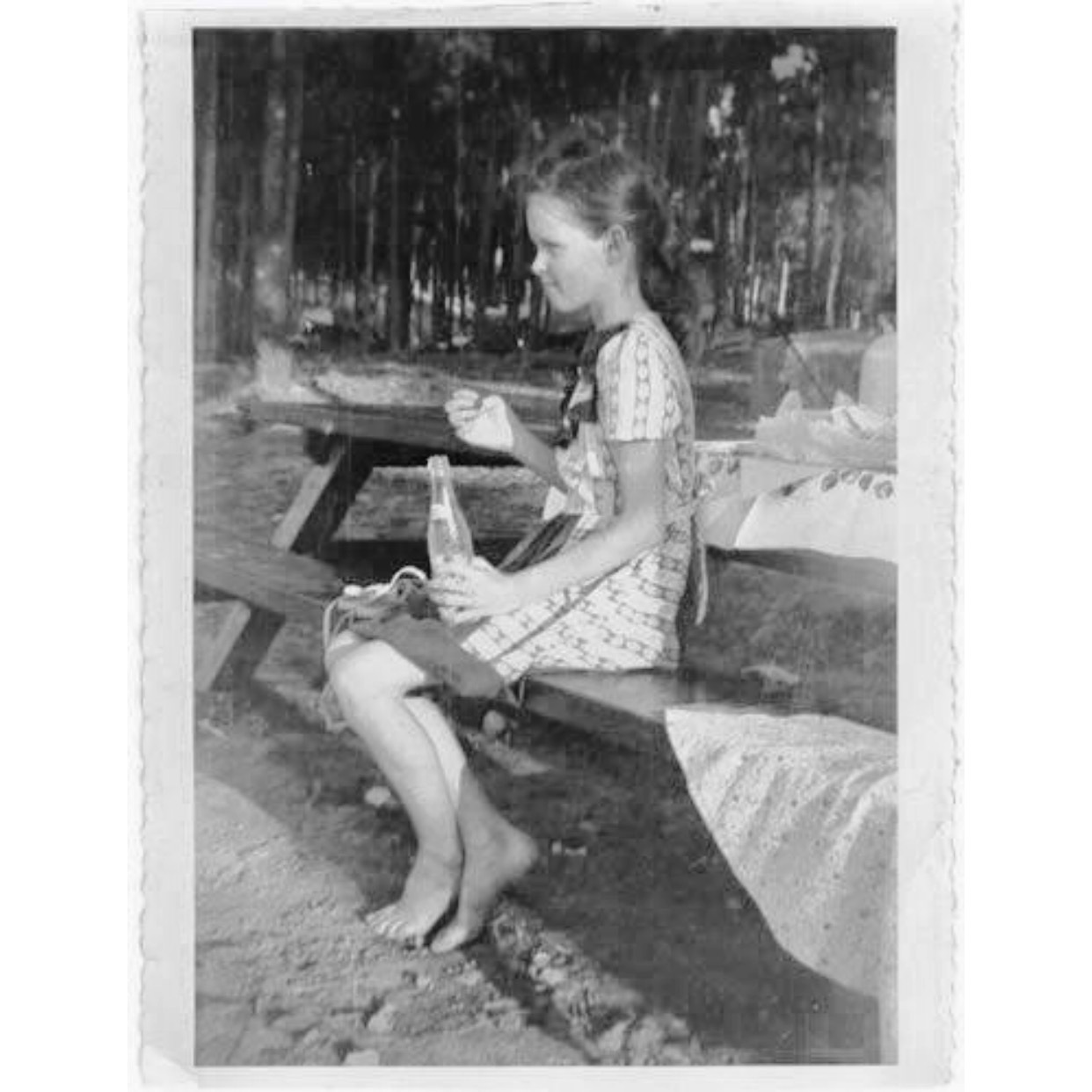 We were in the Arkansas piney woods near Narrows Dam, which had just been built to harness the Little Missouri and Ouachita Rivers, creating Lake Greeson.  There were all kinds of fish for Daddy and Leslie Ray, pimento cheese on white bread and longneck bottles of Pepsi for Mother and me.

Daddy had been trying to convince Mother to settle down in a small town where he would pastor a church and tend his flock, but it was her calling we followed for years, performing, traveling the Deep South, singing, packing up instruments, moving on and doing it all over again.

One morning on the way to Hot Springs, Daddy said we were only visiting the Singing today because Mother had a new song she’d written and by tonight we’d return to our new house.

A few months back we’d moved into the parsonage where in the vacant lot between the house and the church our lives changed.  A freshly planted garden grew alongside Leslie Ray’s rabbit pens and pigeon cages.  We had a chicken coop and a giant weeping willow tree with branches fluttering almost to the ground, creating a cozy space I claimed as a playhouse.

A few steps from these homey installations in no more than a minute we could be at church, then turn around and go the other way and walk to school.  Such convenience was previously unknown, and this was clearly how we were meant to live. Not in a car.

Our town was country all the way from the outer edge where a road led to a creek and back in the other direction to the cluster of buildings around Courthouse Square.  It was nothing like the bustle of Texarkana where we kept an apartment as headquarters while we traveled.

Soon it was apparent our settling down might have something to do with Mother’s changing wardrobe.  Instead of the slinky jersey dresses with the sweetheart necklines, she was sewing cotton tops with an abundance of fabric in the front.

Here’s what you don’t see in the picture up there – the real reason we stopped touring for a while.  We got us a baby who also seemed to enjoy life among the pines. 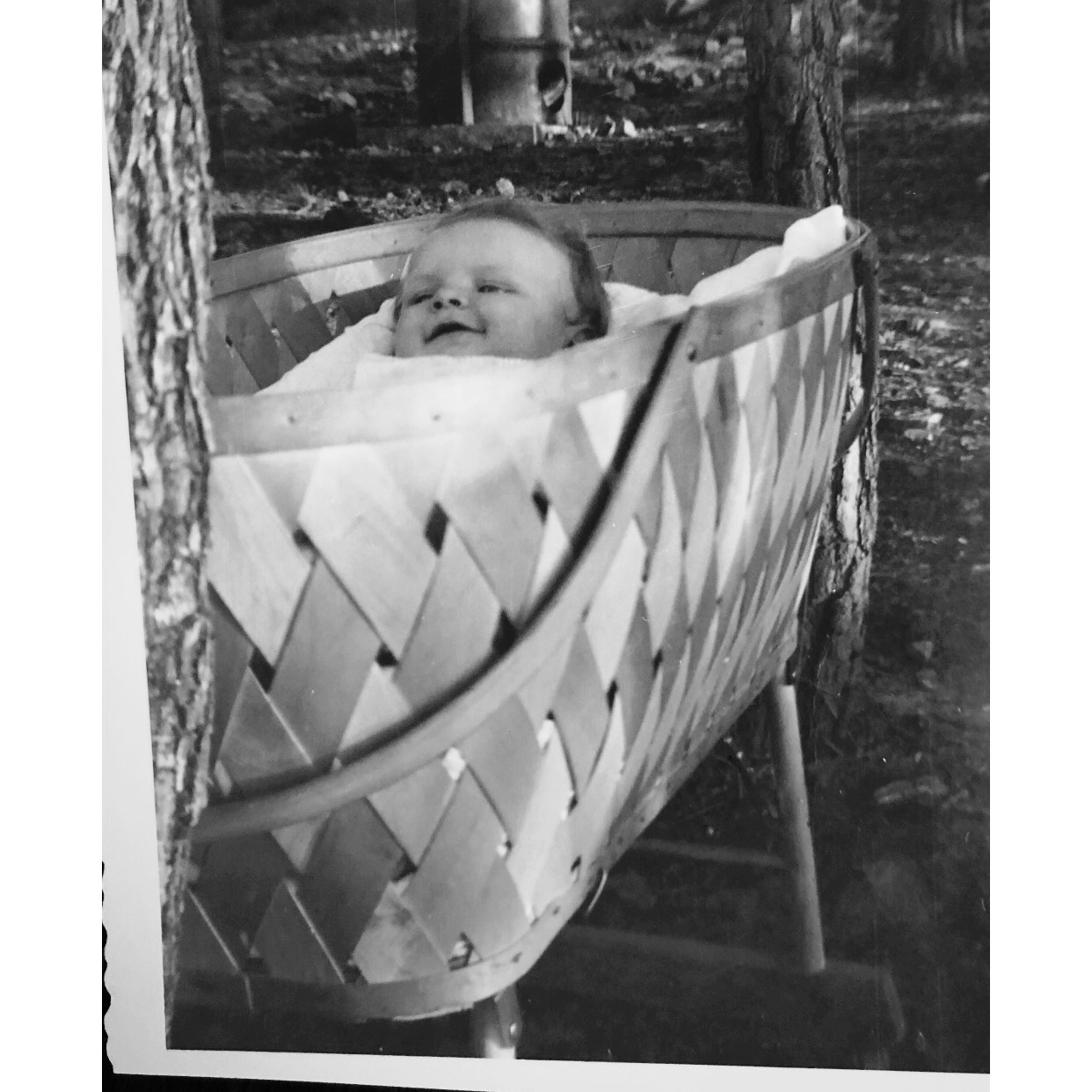 The Glory Road is where I spend most of my time these days, immersed in the book manuscript. Interested parties ask, why aren’t you blogging about that?   Starting with this week’s post, I’ll share some of the process while putting together this multi-media project about the life of my family.

We traveled the Deep South in the 1950’s, carrying songs from then to now.  Today the music Mother and Daddy recorded, much of it written by Mother, Sister Fern Jones, is heard everywhere.  Brother Ray Jones (Daddy) added harmony and rhythm guitar.

I’ll add photos and music from time to time and if you want a reminder about each week’s post, you can sign up on this page where it says “Subscribe to blog via email.”

Here are a couple of paragraphs from The Glory Road book manuscript:

Daddy was the sheriff of Mayberry with a deep Southern drawl and a Bible in his hand. Tall and good looking and enormously likable, he was in possession of both the strength and the patience of a natural leader. Mother was a pretty and provocative teenaged honky-tonk queen turned into a preacher’s wife and gospel singer.

We were gospel gypsies, short on money, heavy in equipment, stopping to perform at Singings, at churches, under revival tents and at radio stations. We spent much of the 1950’s in our old sedan, traveling the Deep South wherever his calling to preach and her calling to sing took us. The front seat made the decisions while the back seat waited to see where we’d be living for the next few weeks….

Here’s gospel-to-rockabilly in one song, “Keeps Me Busy”  from the album “Fern Jones, The Glory Road.”  Re-mastered by Jeff Lipton at Peerless Mastering in Boston and released by Numero Group out of Chicago.  The original was recorded in the 1950’s at the Bradley Brothers’ famous Quonset Hut in Nashville. Guitar licks from legendary Hank Garland. While recording this album, all the studio musicians were also working with Elvis over at RCA. 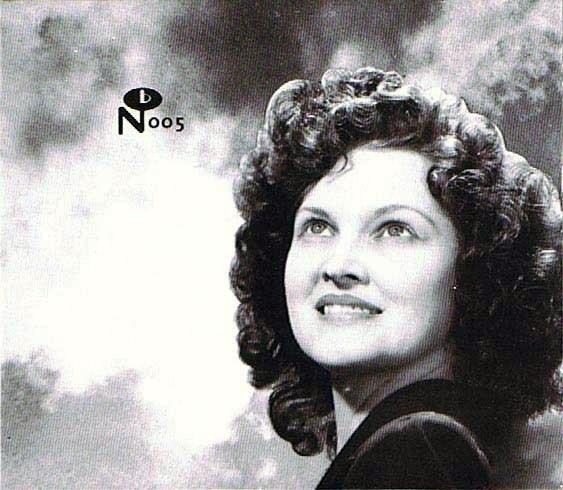 More about projects at http://www.thegloryroad.com/ 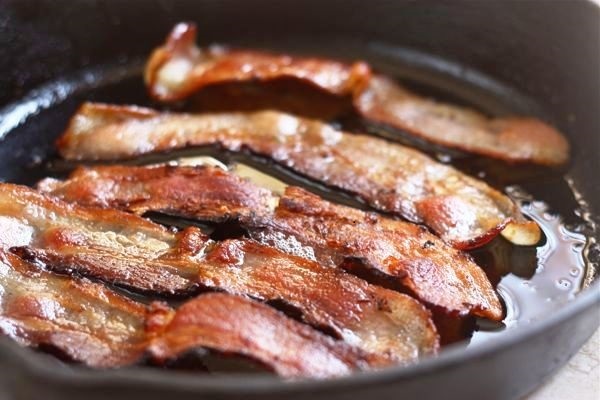 Bacon has magic in it.  The aroma.  The sizzle.  The taste.  The grease.  Bacon grease is a staple for Southern-born cooks.

We put it in cornbread and biscuits and a good gravy roux isn’t possible without it. Sometimes it’s butter and bacon grease creamed together, but only one of those is crucial. 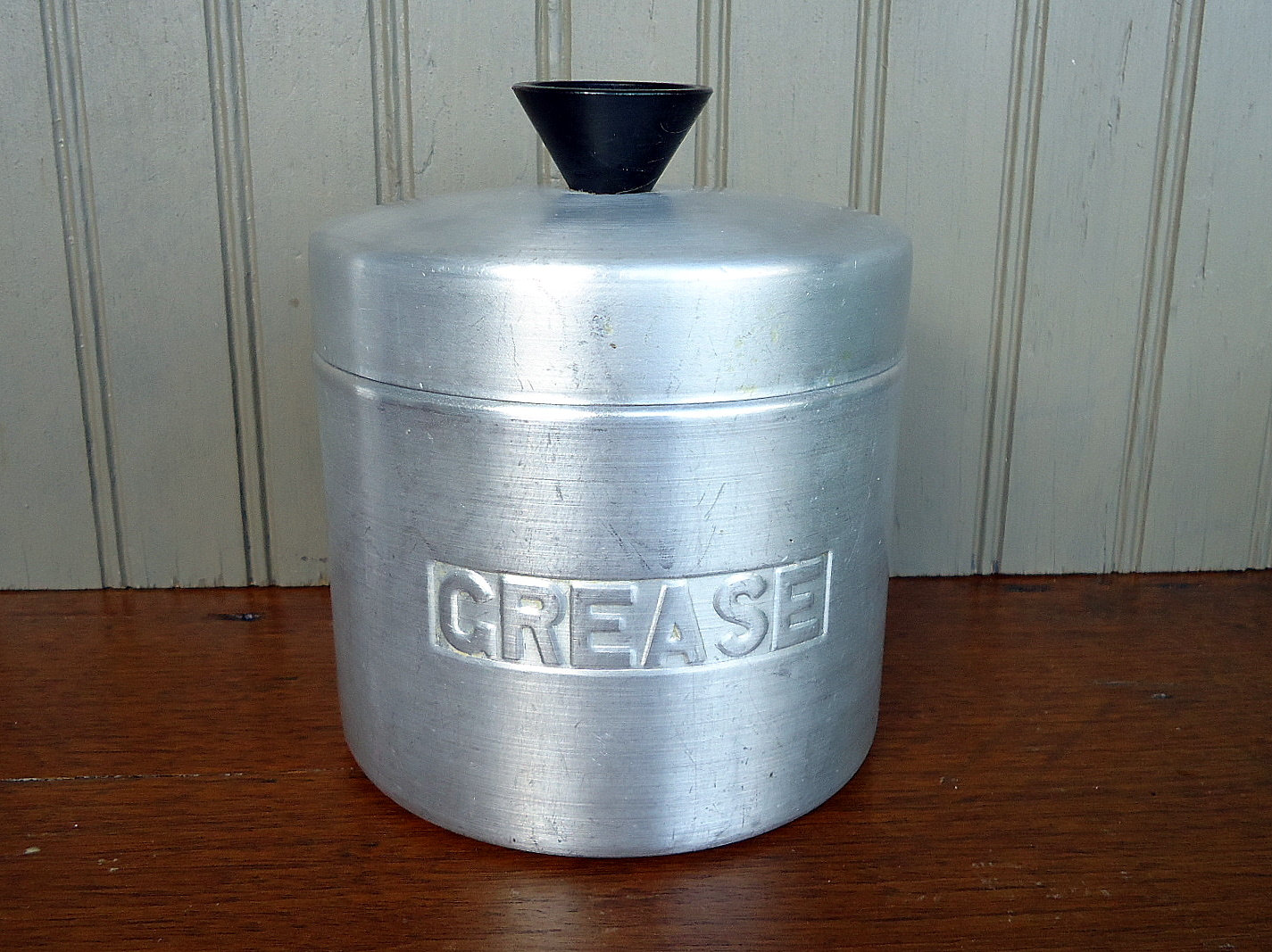 Gramma kept a grease can like this near her stove.  It had a strainer inside because some people filter out the chunky bits. 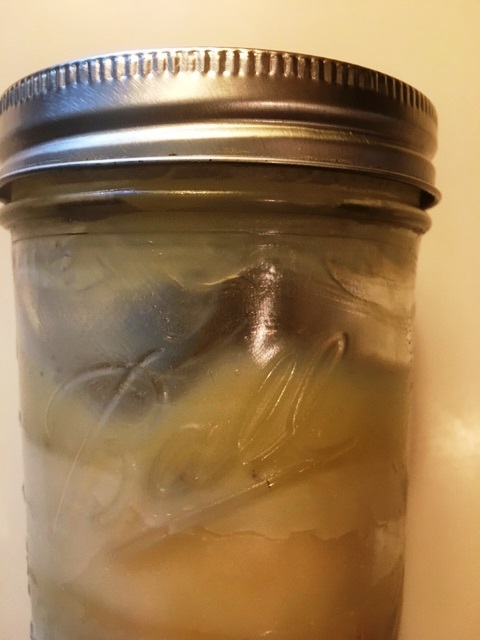 Here’s my jar.  Layers of delicious bits are in here. I scoop them up and they go right into my cooking.  When the jar runs low, I render bacon just to refill it. Put bacon on to cook and every creature in the house gravitates to the source. Two times lately I’ve been cooking up a couple of pounds of bacon while repair people were here working. The refrigerator service person and the pilot light fixer both left with slices of bacon and paper towels.

I come from a family of gospel gypsies, led through life on the road in the Deep South by a preacher and a singer. Our big sedan was filled with musical instruments and Daddy’s cooking implements. 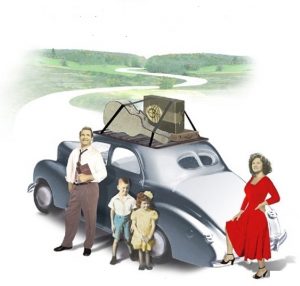 A cast iron skillet went everywhere with us, providing suppers from hot plates in motor court kitchenettes. A jar of bacon grease made every trip.  Sometimes supper was only cream gravy, featuring fresh milk from a nearby dairy, poured over anything – rice, potatoes, or leftover biscuits, and in a pinch, over white bread we picked up at our last stop.

If we stayed at a tent revival site for a couple of weeks, we’d get fresh churned butter nearby, which of course, didn’t go on the road with us when we left, but the bacon grease jar, refreshed, emptied and cleaned, was the constant companion.

A sale on thick-cut bacon is still cause for celebration around here.  There’s always room in the freezer.

Music this week is “Tea For Two” from our friend, Colin Tribe, in England.