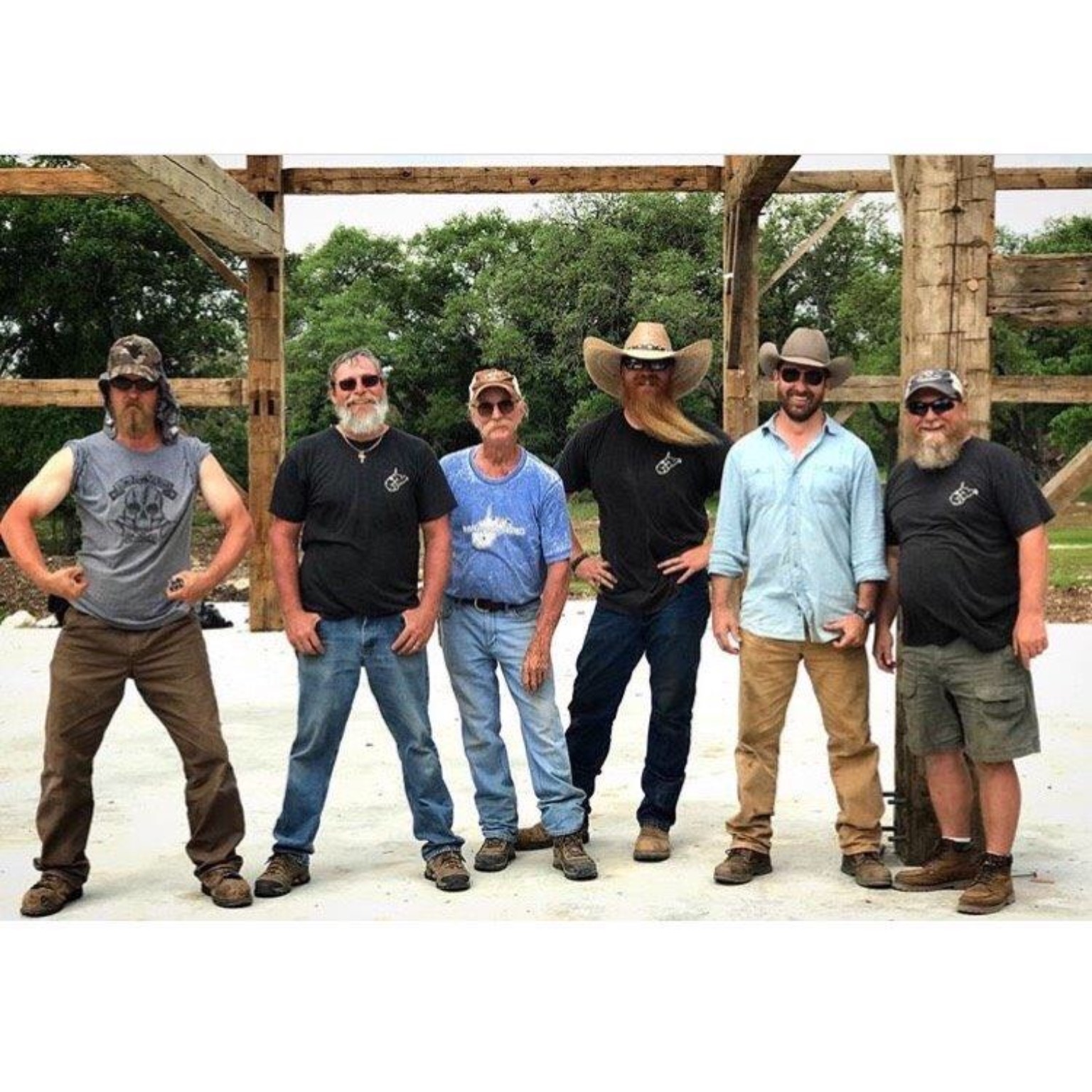 Be still my heart.
They’re back with a new season Sunday, April 7th on DIY network.

I have a crush on these hillbillies.  Barnwood Builders started a few seasons ago and since then I’ve watched every show in repeats while waiting for new episodes. (Repeats are still airing on Discovery Network.)

If you love old buildings, American history and tradition, you’ll enjoy these guys. It’s men with big hearts and muscle and their commitment to keeping some of the old ways alive. It’s fun to see good people loving what they do and doing it well.

Here’s my previous post about who they are and why I love them.  And here’s a link at DIY online to go behind the scenes.

I have a crush on these guys. If you love stories about old buildings getting another life, if you like This Old House, meet Barnwood Builders.

Host Mark Bowe and his bearded crew out of West Virginia proudly call themselves hillbillies.  My people. They sound like Daddy and a bunch of his brothers hanging around together, only instead of picking guitars on the front steps, they’re carrying hammers and swinging axes and giant mallets.

The merry Barnwood Builders hop out of their trucks at the site, drawling and punning (really corny puns.) Mark and Sherman and Graham and Tim and Alex and Johnny not only display impressive skills, they’re instantly likable. Together they disassemble or put back together old barns and pioneer cabins, preserving original logs from the 1800’s for re-use.  Along the way, they show us how the people who built these early cabins and barns lived inside them. We learn about the labor and skill that went into the originals.

The Barnwood Builders offer the gift of sincerity, which is often missing on television. They spend long sweaty (or freezing) days treating American history with respect and tenderness.  They know  when deconstruction can only be handled with old-fashioned hand implements and when it’s safe to call in their forklift master, Johnny Jett.  Johnny’s an artist with heavy machinery.  He picks up several hundred pounds of logs, removing crumbling lumber from the side of a cabin and laying it down gently so the crew can get to the precious hand-hewn beams that form the core.  I cheer with the guys when Johnny sets a massive beam down on a dime.

They act like best friends who genuinely like each other.  They laugh at their own bad puns and silly wordplay, then turn misty-eyed while completing an especially tricky move, disassembling a pioneer church, retrieving the original bell from its falling-down tower and presenting it to members of the congregation who stand watching at the site.

Any day now I expect Pa Ingalls will show up to help these Little House On The Prairie neighbors build a village.  Check out Barnwood Builders on the DIY* network and watch these artists help preserve American history one log at a time.

* I see they’re also listed on Great American Country and Discovery Channels.  Not sure of schedules but I set the DVR to record the new ones and watch the others On Demand.* Thanks to whichever vintage house site on Instagram introduced me to these guys.