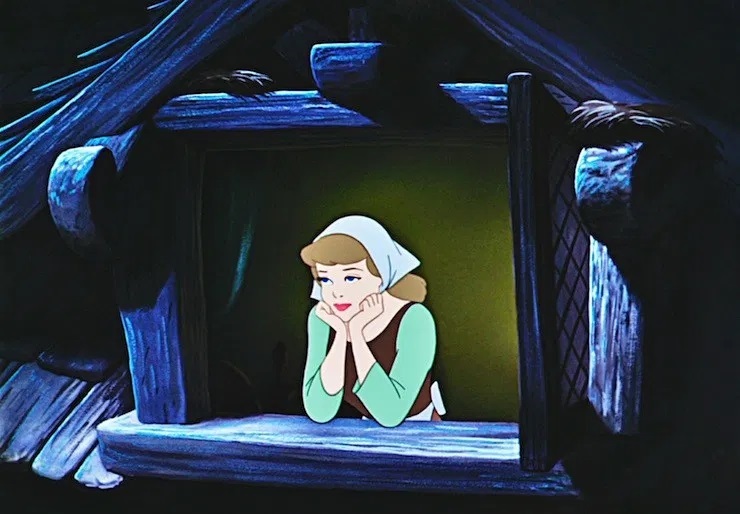 Cinderella was the first movie I ever saw. It was at the Alex Theatre in Glendale, California.  My brother and I came out from the Deep South in 1950 to visit our Gramma and attend school while our parents completed a long revival tour.  Daddy was a preacher whose religion taught that movies were sinful and though there were plenty of picture shows where we lived, we drove right past them.   Gramma didn’t hold with his concept of sin so as soon as our parents dropped us off we got our first look inside a movie theatre.

Cinderella wasn’t the movie I’d have chosen that day.  It was Gene Autry I wanted to see up there on the big screen.  I already had my own dream relationship with him through his “Melody Ranch” radio show.  Our family listened every week, then Daddy and Mother strummed his songs on their guitars and we all sang them together. Music from the secular world was embraced in our house but the film versions were banned.

I planned to marry the Singing Cowboy, not so much because of all the ropin’ and the ridin’ and a chance to meet Champion the Wonder Horse, but because of his music. In the car on the way to California Daddy and I sang “Back In The Saddle Again” and he dropped in a little whistling break,  a sign that he really liked a particular song.

Then I saw Cinderella and all that Disney movie music started other thoughts going around in my head, promises we make to ourselves, things like…

Years went by and more Disney movies with songs about possibilities  came along.  My 8 year old self was an instant believer but my growing-up self reminded me not everyone has a fairy godmother. 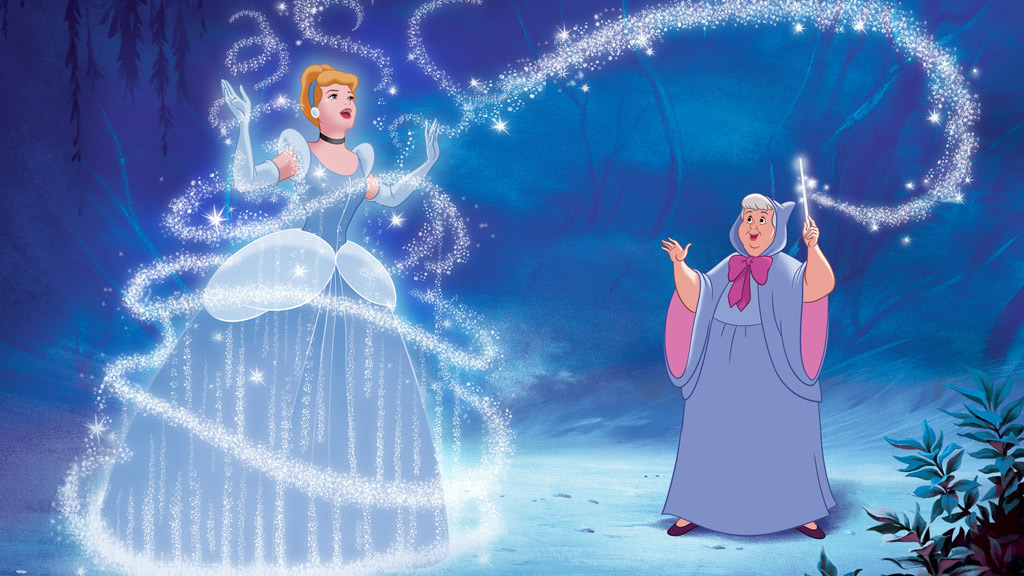 Grownups become goal-oriented.  Most of us do more planning and less dreaming.  But sometimes I hear a certain Disney song and I return for a couple of minutes to a time when a girl in Arkansas believed she could marry the Singing Cowboy and go to the Alex Theatre on Saturday to watch movies that promised everything will be all right.

Click on the picture below if you want to sing along with Cinderella and the tweety birds. According to the counter on this You Tube clip, millions of people already have 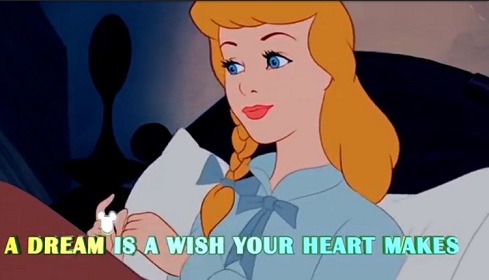