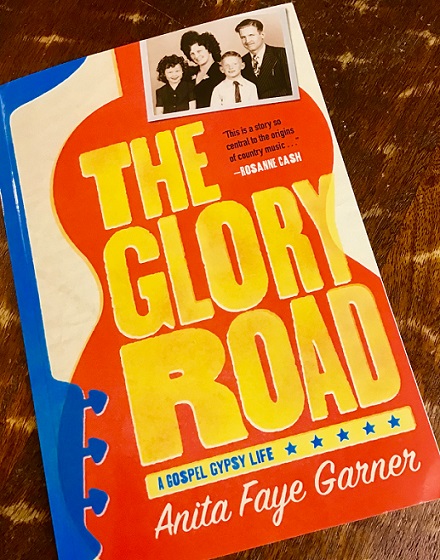 The audio book is now in production.  Thank you for asking. It’ll release the same day as the hardcover and e-book, April 13th. I’m not narrating. I never planned to.  I’m eager to hear another voice tell this story.

Jesse, the production company’s (Blackstone) audio proofreader went through every page plucking out things that need to be spelled phonetically for the narrator and sent a word list to me to double check.  In the 1940s and 50s, there was the way country people said a word, then the way some others said it, and then there were places where southern accents varied so much they felt like different languages.  Our narrator, Pamela, is earning her keep on this one. 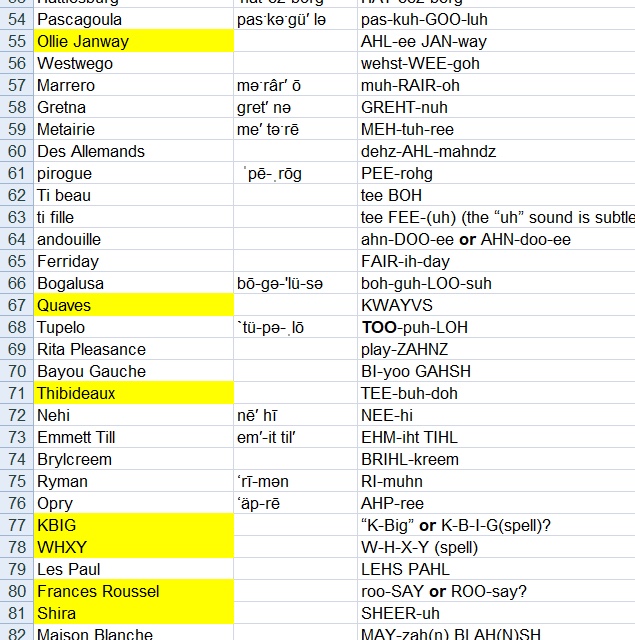 I was in the 7th grade in Louisiana when a teacher commented, “The king was not named Louise.”   Sliding over “Louis” turned into “Looz” and there are more ways to say New Orleans than there are Mardi Gras beads in the street after the parade.  We never said anything but  Noo-OR-luns.

When we landed in bayou country, our Arkansas drawls absorbed Cajun and Creole pronunciations with dollops of French stirred in.  French and Southern together create melodious conversations and going over it all to write this book, then reading the proofreader’s suggested phonetics pinged the senses all over again.

It’s lovely that 50-60 years later the audio book will replicate the quite specific language in my stories.  Today I listen to people saying Louise-e-anna and maybe that’s considered correct, but when we were there, it was Looz-e-anna in our  house.  I’ve asked our narrator to say it the way we did. The narrator’s mother is Georgia born and this daughter of  hers with the lovely alto voice knows to ask which of many ways I’d like to hear the word.  When I asked her if she’d just slide over a few middle syllables in specific words, but not eliminate them altogether, she knew exactly what I meant.

Book ordering update:  Again, thanks for asking. You can now order from your favorite bookstore. It’s available all over the U.S. and in other countries.  Since there’s not much in-store browsing happening right now,  go to your bookstore’s website or call them and ask for “The Glory Road: A Gospel Gypsy Life” and they’ll find it in the publisher’s catalog.  (University of Alabama Press)  Amazon also has it available for pre-order now.