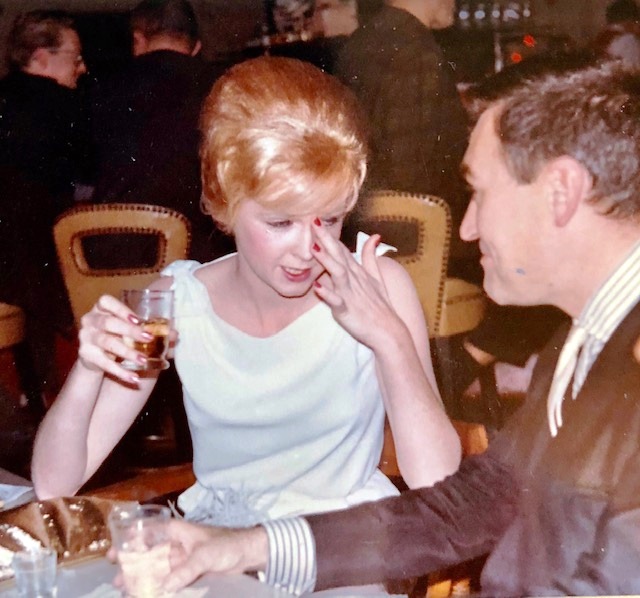 There was almost no time lapse between graduating Herbert Hoover High in Glendale and singing all night in clubs.  I was underage, wore tons of make-up and turned my natural red hair blonde, spending hours in a salon every month to keep it that way. 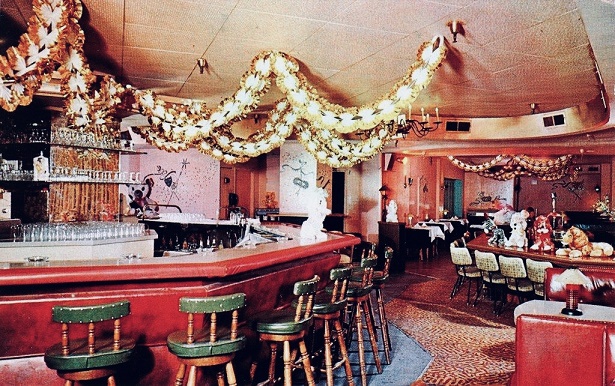 Step down from Wilshire Blvd into this hotspot. Seats on the right faced the stage. It was packed even on weeknights.

A nightclub singer’s wardrobe was flashy. Feathers. (There are feathers on the bottom of that white dress and the bottom isn’t far from the top.)  Sequins.  Fancy fabrics.  Much of my paycheck went to a little shop in Beverly Hills where I made layaway payments.

The pay for a singer back then?  Not enough to afford the clothes.  Many of us worked two jobs.  I was a skinny teenage girl burning the candle at both ends. My day job was to try to look good at a front desk in the  plush lobby of a high rise in downtown Los Angeles.  I was a lickety-split typist but I didn’t tell them that because I doubt I could have stayed alert enough to complete a task, so I just sat there.

The company was LAI, Lockheed Aircraft International, where military officers from other nations came to negotiate the purchase of aircraft with a team of LAI attorneys.  My job was to smile and greet them and push buttons to summon their hosts and translators.  Through translators, we chatted. They loved music and wherever I sang, there they were. 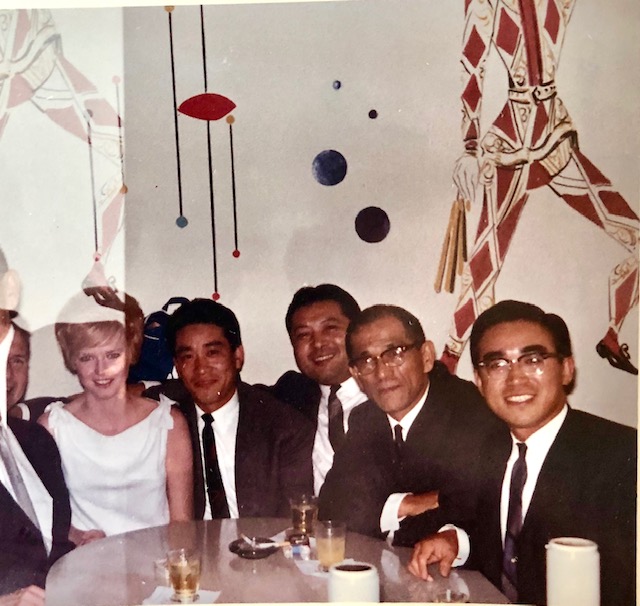 So – all day in an office, then change clothes and sing until 1 or 2 AM, then drive home, try to sleep, wake up to lots of coffee and do it all over again. it took a while before I made enough from singing to stop the day jobs, but eventually every bar and restaurant featured musicians and a singer and times were good for live music all over Southern California.

I don’t remember back then ever having a single conscious thought about my work in clubs having anything to do with rebelling against my upbringing.  It was just something I knew how to do.  I grew up performing with my family.

I’m still surrounded by boxes of photos for my book project.  Pictures do bring up stories. I’m telling this one to say, well I’ll be damned,  there’s much in  common here with my mother.  Fern Jones took her guitar into a radio station when she was 12 and they were glad to give her a show.  By the age of 14, she lied about her age to sing in honky-tonks, then went to work with a big band. Then she met Daddy.

Because of Daddy’s religious beliefs, I was raised with no makeup, no going where liquor was served and pretty much everything else a young woman wanted to do was a sin. These days I look at pictures of teenage Fern and it’s apple, meet tree.