Daddy was a Pentecostal preacher in the Deep South with a list of sins as long as your arm he intended his children to avoid.  Too late. We were already sinners. We’d been to California.  We saw a picture show. Gramma K dropped us off at the Alex Theater in Glendale where we stayed for hours.  She knew Daddy preached against it, but she didn’t care. Now we were back home in Arkansas, dreaming of how the rest of the world might be as soon as we could get there. My brother, Leslie Ray, was at the point in our church where a person is meant to declare himself and get baptized. He had no intention of doing that. Here’s a scene from my book, The Glory Road, which also appears in the play.

Behind the parsonage, past the back yard and the weeping willow, our garden sprang forth, Reverend Jones’ agri-painting spread out in rows of different colors. Daddy’s years of living on farms taught him everything he needed to know about planting and tending and harvesting and he was determined we would also learn to grow and cook what we needed. This was the first time we’d had space for growing and we used every inch of it.

A chicken wire fence enclosed three sides, with climbing vines already moving up and a row of Marigolds around the base. He said Marigolds discourage unwanted pests. The fourth side, closest to the house, had a picket fence with a gate. Adjacent to the garden was a shed where Daddy kept tools safe and dry.

When he called us to come work in the garden, we raced to the back porch to put on our gardening shoes, which were last year’s school shoes. Daddy didn’t own casual shoes either. He gardened in his oldest hard-soled preacher shoes and pulled galoshes over them.  We went straight to the shed to pick our implements.

“Nita Faye, that hoe’s too big for you.  Easy now.  Maybe we’ll give you this trowel instead.  Son, did you feed your rabbits?”

Even when the completion of an assigned chore was more a future plan than an actual fact, Leslie Ray answered the same way every time the question came up.

Daddy took the trowel from me and demonstrated.

“Don’t slice into things like that. Turn the dirt over real gentle. You gotta work with intention, girl, like this.”

He reached around and brought up a clump of tiny potatoes in one swoop.

‘How about the chickens?”

“Son, tell me, what were you thinking, lettin’ those pigeons out on Sunday?”

“I wanted to see if they’d come home.  See if they’re homing pigeons.”

“You know where your pigeons went, don’t you?  They flew straight over the congregation just when people were leavin’ church.”

Daddy was trying not to laugh.

“The whole situation could-a been avoided if you’d-a been in Sunday School class where you belong.”

“Boy, I don’t want to hear ‘shut up’ come out of your mouth again.”

We weren’t allowed to yell at each other or hit each other, so we slung around some language to make a point. We called each other the strongest names we could think of, words that sometimes showed up in Daddy’s sermons, therefore I got away with ‘heathen’ for a while but Daddy kept tightening the rules.

“Son, you know what those pigeons did right on top of the congregation, don’t you?”

He burst out laughing and we joined in and had to stop digging, we were laughing so hard.

“You should-a seen Sister Anthony!  You better hope they come home a different way than they went!”

Daddy strode up and down the rows, a satisfied man plucking a weed, tapping a cantaloupe.

“Leslie Ray, bring in some-a them green onions.  That row over yonder’s about right. Nita Faye, you’re not doin’ so good with those potatoes. Here, dig ‘em up like this. Give ’em a little pull. Just a little. See?”

He got down on his knees again and unearthed more of the prettiest   potatoes. I copied his technique.

“Daddy, can we have new potatoes and creamed peas and cornbread for dinner?”

“We can if you don’t chop those poor little things all to pieces.”

He started to whistle, then hum, then he sang,

Where the longhorn cattle feed
On the lowly jimson weed
I’m back in the saddle again.

“Yes I do.  I’m gonna marry Gene Autry and sing on the radio with him and move to California and live right by Gramma K.”

“Yeah because when you grow up he’ll be too old to marry you by then.”

Daddy kept collecting vegetables, putting them into the basket we used so the dirt could shake out before we took them into the kitchen.  He was  serious when he said,

“Naw – cause I’m not sure he’s right with the Lord.  Don’t matter if a man’s famous.  He’s not goin’ to heaven unless he gets down on his knees and gets saved first.”

“Well he’s not usin’ his voice to sing the Lord’s music out in public like he ought to.  The Lord gives you a gift like that, you got to use it only for him.”

And just like that, after withering my dream of being Mrs. Autry, Daddy picked up the basket full of beautiful baby potatoes  and headed to the back steps, where he took off his galoshes and went whistling into the kitchen. 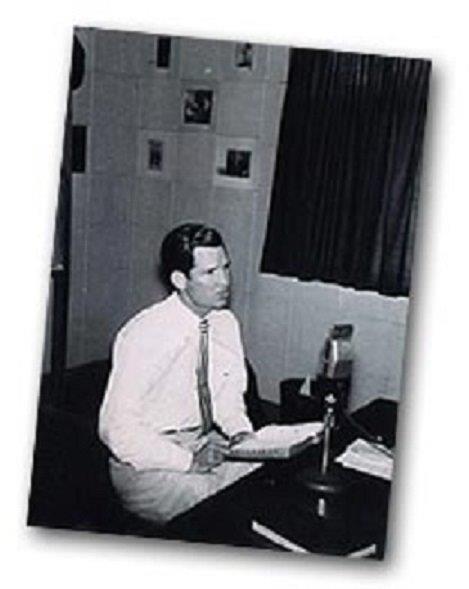 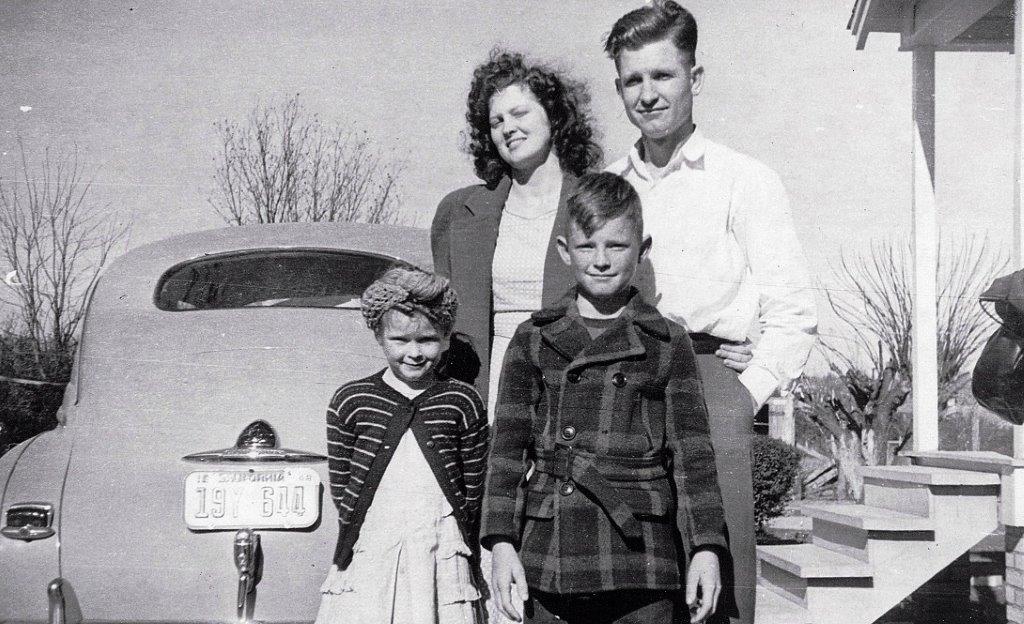