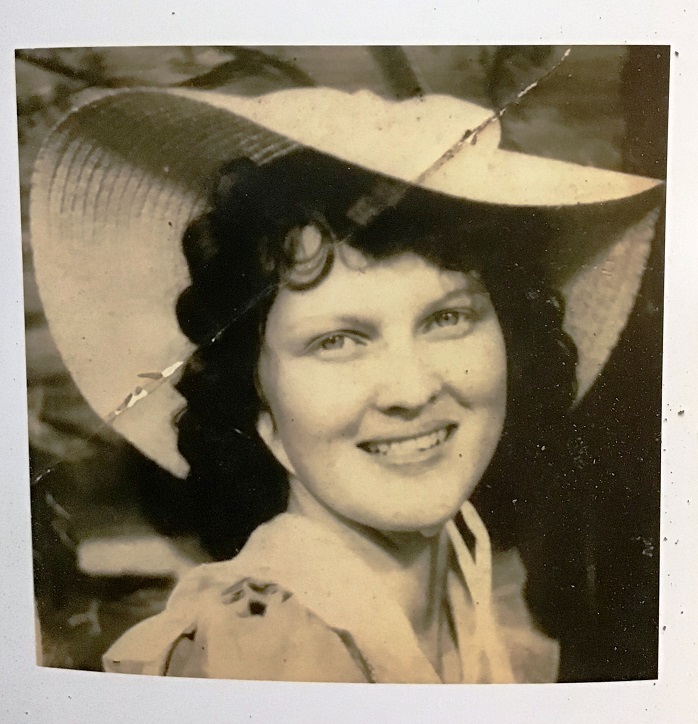 My mother, Fern, who taught me nothing about aging

I just came back from spending the weekend with a girlfriend in a nearby town.  Yes we still call ourselves “girlfriends” after more than three decades of adult friendship.  When we have a girls’ weekend we talk constantly, eat out, critique every movie, TV show, book and nutrition plan we’ve heard of and inevitably the subject turns to how it feels to be this age.

Becoming a grandmother isn’t what made me realize I’m aging.  It started when my last parent passed.  That’s when I first listened to whispers of my own mortality.  Every morning one of the whispers says, “Better get moving.  Get to doing.”

Occasionally I don’t feel all that graceful when I wake up and parts of me don’t work as well as they used to.  Knees, I’m talking to you.  At first I’m annoyed, but by the end of the day I ask myself, what did you expect?  Things aren’t brand new anymore.

I learned nothing from my upbringing about aging gracefully.  My mother’s only advice about the passing years was to encourage the use of more moisturizer so boys will like you.  She considered all men potential boyfriends and in her teens she married a man who, through some combination of mercy and grace, turned into a grown-up husband who behaved like her sweetheart all the days of their lives.  He raised his wife along with us kids while she clung tenaciously to the role of teenager, even in the face of some gritty realities.

When I got my first mailer from AARP I jumped right into their arms.  There I was coasting along in the vague category of “somewhere past her mid-forties” and as long as my grown daughter wasn’t around, nobody knew for sure.  Then came that AARP card and full disclosure set in.  It felt like a kind of freedom.

I asked my mother once on a particularly significant birthday, did she feel any different?  She said what we’ve all heard a million times, that she still felt 18 inside.

I’ve had several significant birthdays of my own since I asked her that and now I know what she meant.  She was also right about the moisturizer.  Much more of it is required. Most days I don’t care whether taking good care of my skin (I still do it) makes anyone like me better because another surprise about getting older is that it doesn’t matter as much what anyone else things.  I wish my mother had allowed herself to enjoy that part.

During this latest girlfriend weekend we agreed that aging doesn’t feel like a cause for despair but instead it feels more like a gift every year, something we get to do if we’re lucky.  Aging gratefully is something I wish my mother had understood.