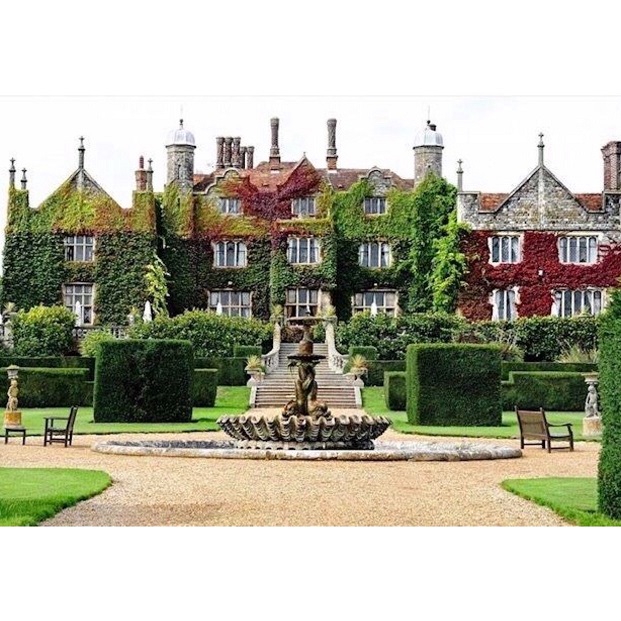 It’s not just the picture that tells the story.  Though I love photos of castles and British country homes and follow many of them on Instagram, this time it’s the words that get me.

For all my colleagues who’ve toiled in the marketing/ad agency/broadcast production world, always looking for fresh ways to describe available merchandise, when I read the description of this gorgeous place on Instagram and came to the part in green  below, I applauded the copywriter.

Who thinks to describe plants growing up the side of a building like this?

Eastwell Manor is a Great British country house originally built for Sir Thomas Moyle in 1550, located in Ashford, Kent.   Much of Eastwell Manor, the building that now serves as a hotel, was built in the neo-Elizabethan style during the 18th century.

Eastwell was occupied by Prince Alfred, Duke of Edinburgh, the second son of Queen Victoria, for a long period of time. He lived here with his family until 1893.

This property is Grade II listed and a gorgeous display of period neo-Elizabethan architecture, and has been shackled and enthralled by a wave of moss, ivy and other vine shrubbery.  We adore this overgrown aesthetic which was allowed to progress over the last century, do you?