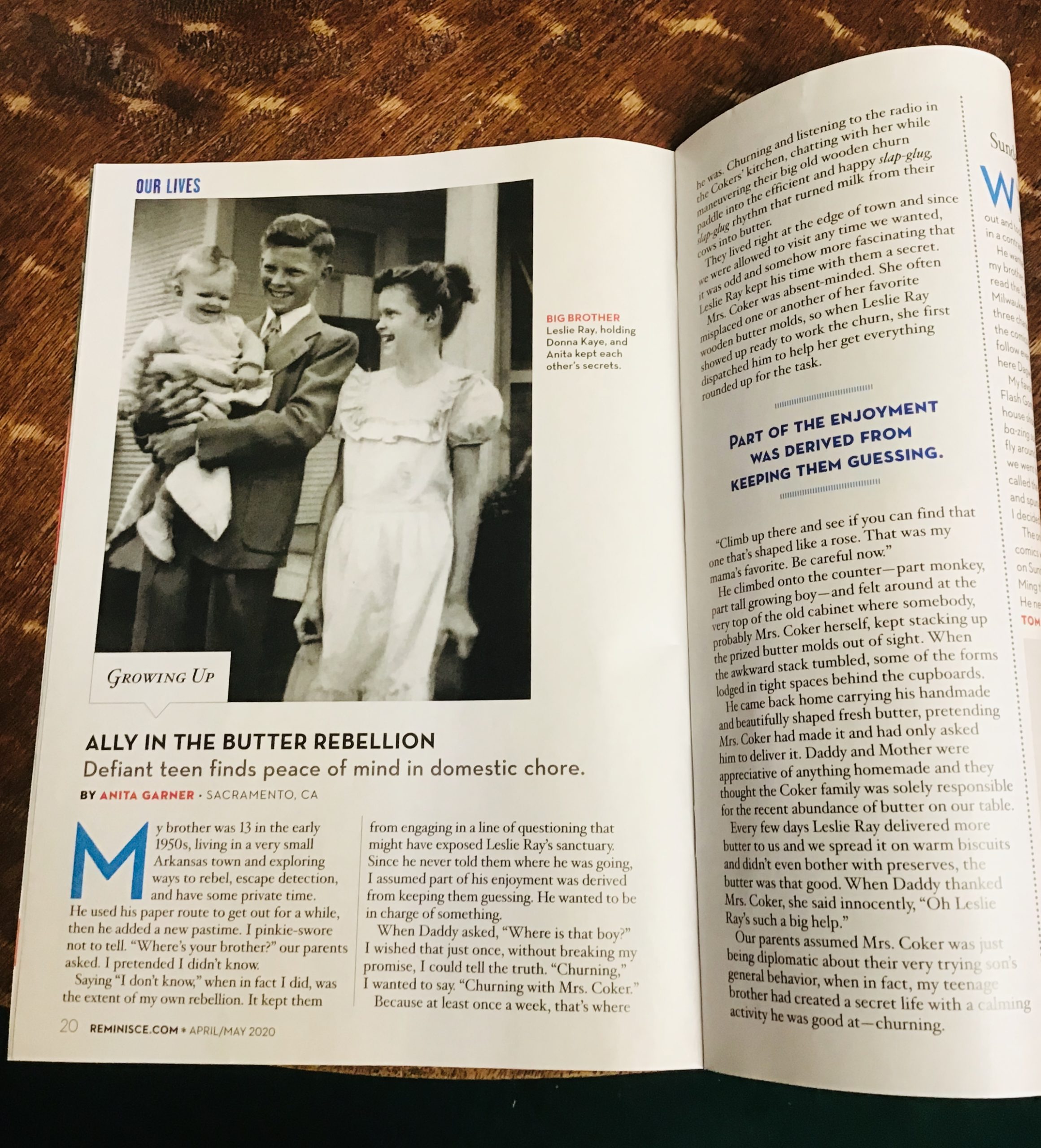 The Jones Kids, Arkansas, 1953
from the current issue of Reminisce Magazine

I’m sentimental.  Writing for Reminisce Magazine suits me perfectly.  My family’s in the new issue twice. Each issue includes a theme in addition to their regular departments.  The theme this time is the New Deal and the story of Daddy’s time at CC Camp is included.   Also in this issue is a story about my brother, Leslie Ray’s, unusual teenage rebellion. 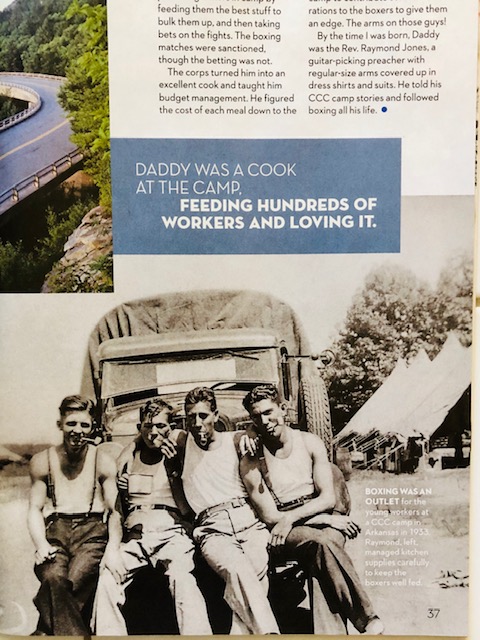 That’s Daddy on the left, the future Reverend Raymond Jones in the 1930’s, showing off his muscles at Roosevelt’s C C Camp.

The magazine is owned by the company that also owns Readers Digest.   Reminisce, filled with photos and memories and a nice layout and proper vintage attitude, feels like home, a bit Readers Digest-y, which is comforting.

The last time the magazine published one of my stories, people asked how to get a copy.  Subscribing.  Or from a library.  I see both print and digital versions on Amazon.

These stories I send to the magazine aren’t included in my book, The Glory Road: A Memoir, which comes out next year.  When it was time to trim the manuscript for the book, not everything I wrote fit the length and I share some of this in other ways.  Reminiscing, for instance.

While typing that word, yes, a song did start up in my head. I’m an old singer/radio disc jockey so obviously everything reminds me of a song. I love Little River Band’s 1978 hit,”Reminiscing.”