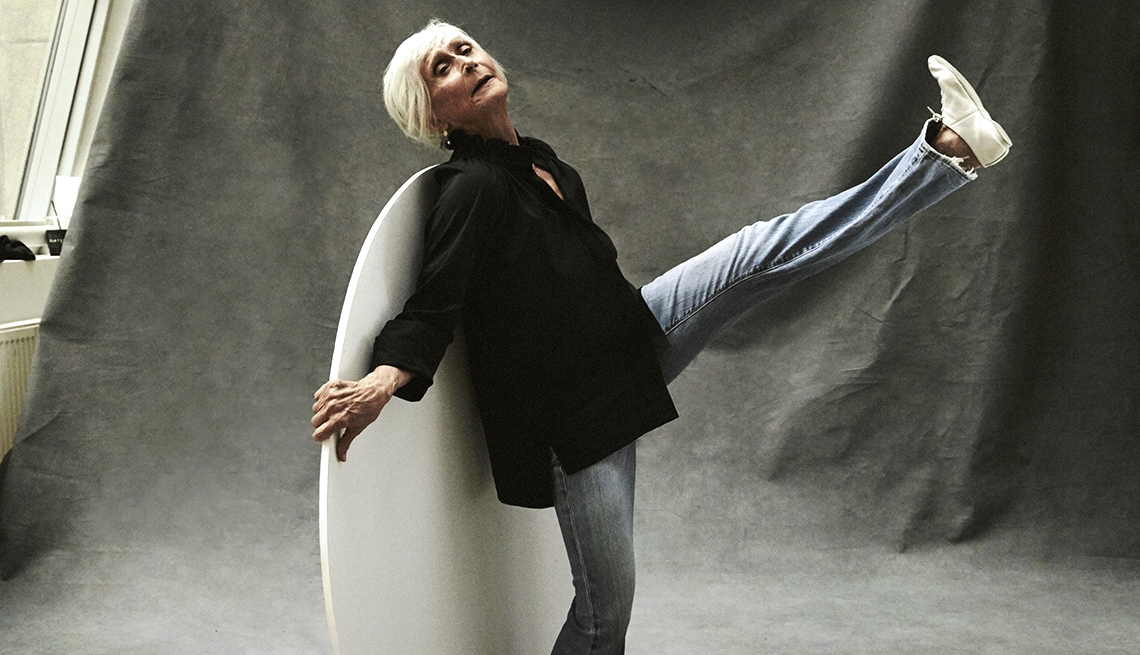 Choreographer Twyla Tharpe high kicks at seventy-eight
and shares a truth about aging.

On the first day of California self-isolation for residents over sixty-five, I just heard from a friend in her 70’s who’s coincidentally just now dressing up her top half (all that’s required these days) in an outfit appropriate for a  video interview that was set up long before this crisis.

The reason for the video isn’t because of our quarantine. It’s because the organization is located in another state and this is how they meet new potential hires.  They contacted her because of her experience, but they don’t know her age, and they have a history of hiring young.

Her question to me, “Do you think I can pass for sixties?”

Which I mention only to note the coincidence of her video chat on the first day of California’s new self-isolation rule starting at age 65.  Do we think anyone will be piling on the makeup or touching up the hair color just to get outside?  From the behavior I’ve noticed at the market, that’s not outside the realm of possibility.

The latest AARP Bulletin features an interview about aging with choreographer, Twyla Tharpe.   Today seems as good a time as any to talk about getting older and then what follows next, which is actually being old.  If you’ve read anything else about her, one takeaway is that Twyla must be one of the most disciplined creative persons in the world.  Seriously, rigorously disciplined.

Here’s one question and one answer from the interview that contains a universal truth for all of us “of an age” whether or not we could “pass for sixties.”  Credit due Twyla and AARP interviewer, Hugh Delehanty.

Hugh:  What advice would you give to someone not as disciplined as you?

Twyla:  One, expect it to be a positive experience and do whatever you can to support that expectation.  Aging isn’t easy, and anyone who says it is isn’t experiencing it.  Obviously, there are challenges.  The body is insulting the mind, which remembers things that were once possible.