Most of the evangelists and pastors and performers in our circle of friends in the Deep South were snappy dressers in suits and splashy ties and starched dress shirts.  Daddy was one of them.  From the late 40’s to early 50’s, there were lots of double-breasted suits in our family albums. 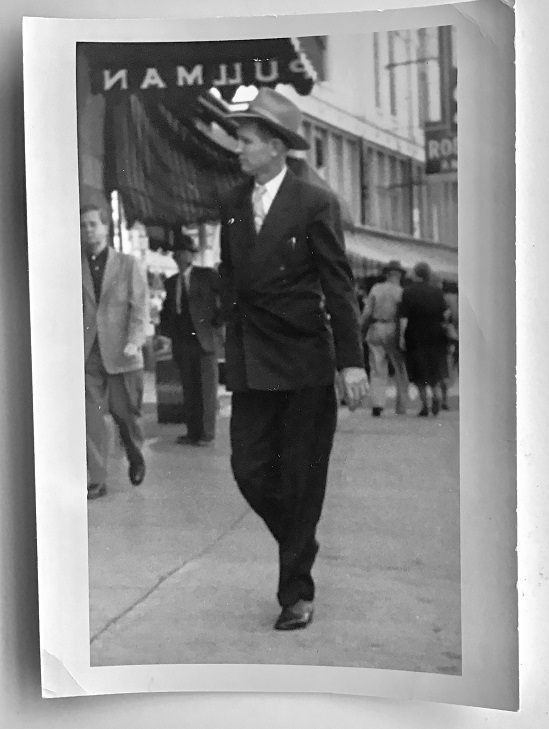 When he wasn’t wearing one of his signature hats, Daddy refreshed his shiny pompadour with Brylcreem.  Here he is with other evangelists. 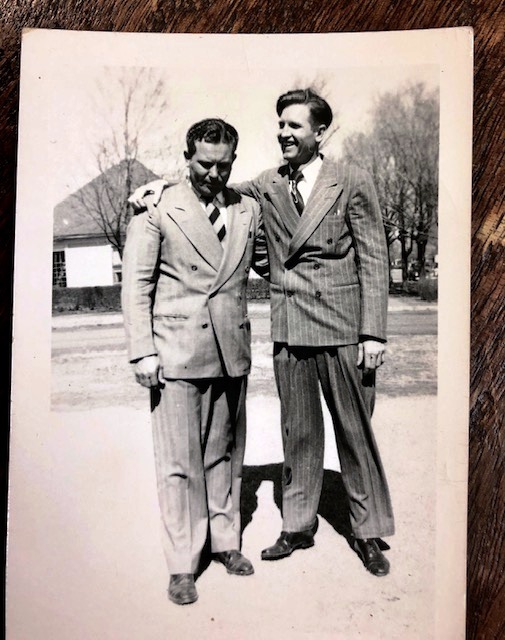 Brother Daly and Daddy in Texas 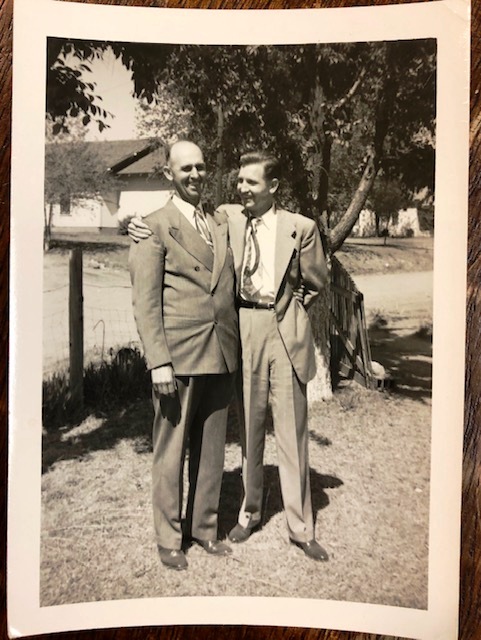 Brother Franks and Daddy in Oklahoma

Enter Reverend Denver Ogden.  Here’s one of his publicity postcards, mailed out before  his appearances at churches and revivals and other gospel events.  He preached and sang and played multiple instruments like all of them did, but away from the pulpit he changed into flowing shirts with full sleeves and taught art classes.

As he traveled the Southern states with art supplies and a wardrobe unlike any we’d seen, his personal following grew. Women turned up in droves when he arrived. Even his name belonged on a movie poster. Everyone had a crush on Denver Ogden.

Our own Mother decided to brush up on her sketching and charcoal drawing and painting skills with him.  Yes, there was a Mrs. Ogden and she was a sweet soul.  We spent time with both of them, getting together every time we were within hailing distance of the same state, but there was only one star in that family.

During one especially hot and humid summer in the Deep South, when a bunch of evangelists and performers gathered to attend a big Singing, my brother and I gained a measure of respect for his unusual ways.  Out on the grounds during a sweltering afternoon, while the other men sweated in long sleeved shirts and ties, Denver Ogden appeared in short sleeves, carrying his jacket, which he  put on only when he stepped onstage. We’d never seen such a thing in all our years as little gospel gypsies. a preacher without a starched white shirt.  Fortunately, Mother was nearby (probably just a coincidence) to take this picture. 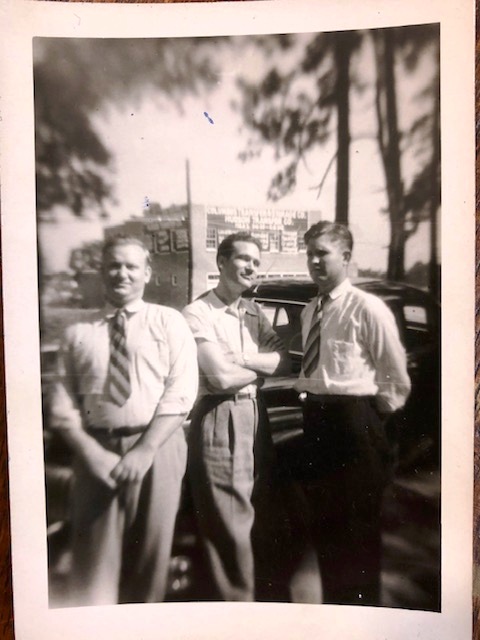 Somebody in our group was bound to challenge the rules someday.  We kids were proud it was someone we knew.  Denver, you short-sleeved rascal.  You rule-breaker.  You Errol Flynn, James Dean, Marlon Brando of evangelists.  We preacher’s kids, we future rule-breakers, salute you.

2 thoughts on “Handsome maverick on The Glory Road”