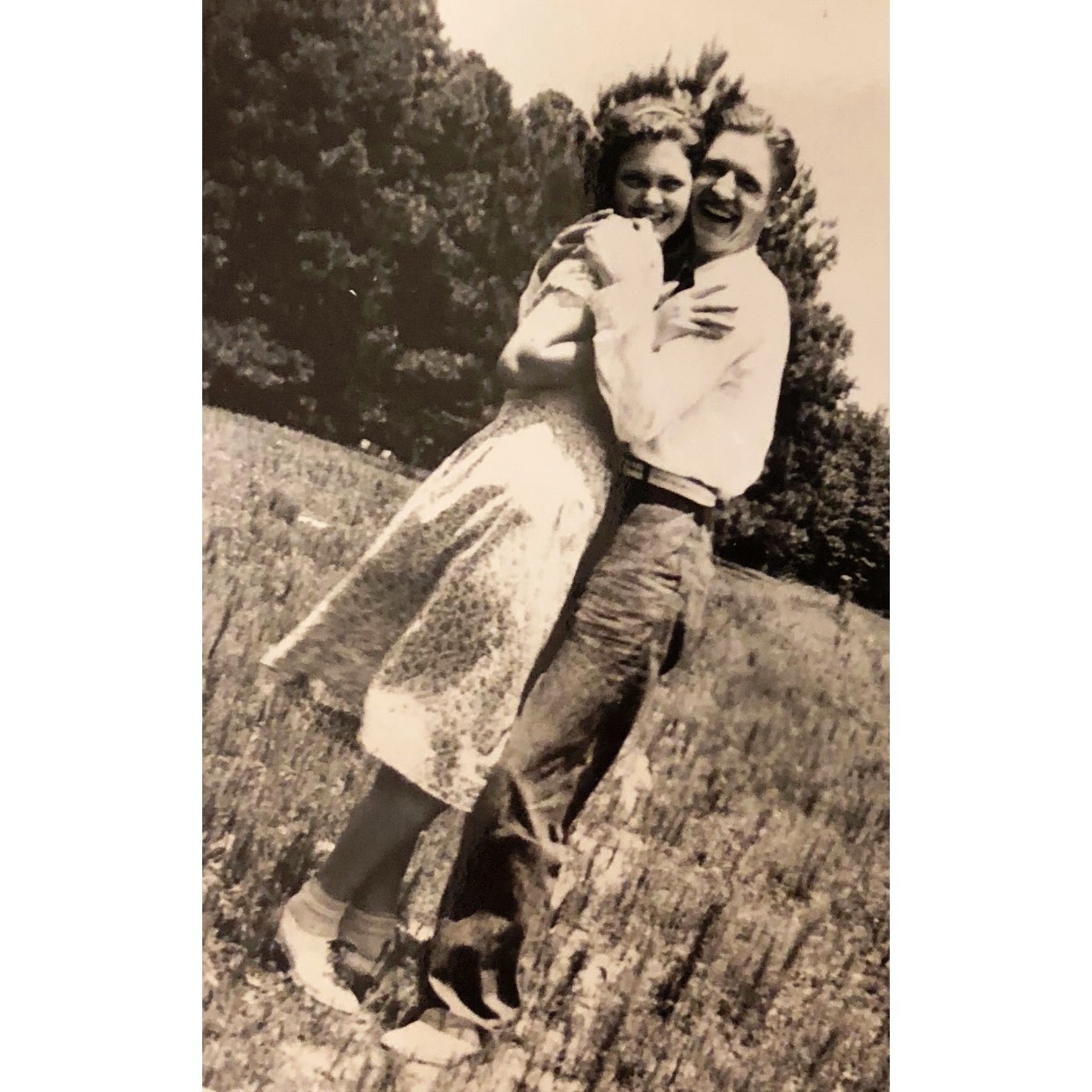 My teenaged Mother and her forever-boyfriend

I learned nothing from my upbringing about aging gracefully. Mother’s  only advice about the passing years was to encourage the use of more moisturizer so boys will like you. She considered all men potential boyfriends. In her teens she married a man who, through some combination of mercy and grace, turned into a grownup husband who behaved like her sweetheart all the days of their lives. Daddy raised his wife along with us kids while she clung tenaciously to the role of teenager.

There was no talk, not one speck of advice about fulfillment, about health, about work, about relationships, about how all of that changes through the years.

As a Southern preacher, Daddy didn’t consider “old”  a condition that needed fixing or discussing.  He believed in keeping one’s old people at home alongside the halt and the lame and the merely odd. Many houses we visited had a bedroom occupied by someone who fit at least one of those categories.

Our California Gramma, the one we spent the most time with, transplanted herself from Arkansas and smoked and drank and danced and cussed and played the horses at Hollywood Park and Santa Anita ’til the end. There was no talk of age at her house either.  Paw Paw, the Louisiana Jones grandparent who lived into his 90’s, didn’t pass along that gene to his son, because Daddy left us way too soon.

I liked older people even before I became one. Younger friends say hush, you’re not old.  Well I’m certainly older than I was, and I’m not that upset about it anymore.  Every day I think to myself – better get moving.  Parts of me don’t move quite as well as they used to.  Every day this comes as a surprise.  Knees, I’m talking to you.  At first I’m ticked off but by the end of the day, I ask myself, what did you expect? Things aren’t brand new anymore.

I asked Mother once on a significant birthday if she felt any different. She said what we’ve all heard a million times – she still felt 18 inside.  Now I know what she meant.  She was also right about the moisturizer. Much more of it is required.