This week, the Grand and I will prepare an Easter surprise for her Mother.  A card and something chocolate, that’s the routine. It was easy in elementary school days.  Cotton balls and macaroni were supplies of choice.

She took me to her room and showed me the secret card made at school, hidden away for the big day.  After graduating from gluing macaroni onto anything, her cards matured into interesting combinations of construction paper, felt and cotton and were signed with many xxxx’s and oooo’s. 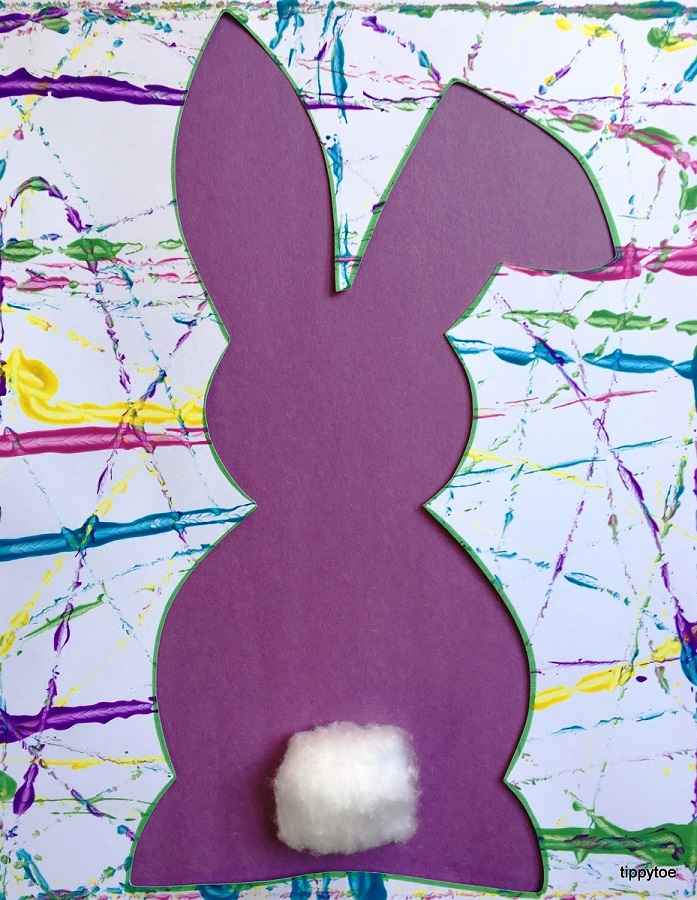 A trip to See’s Candies and we were handled.

Soon the cards came from a store. She was drawn to corny jokes and puns and Mom was a good sport about it.  The sentiment was circumstantial, based on which displays the Grand could reach.  She would pick up whatever attracted her and ask me to read the inside words. Her card to her Mother one year featured a monkey, and another year it was two cartoon rabbits insulting each other.

Me (reaching up for hearts and flowers): “Look at this one.”

She: “But this one’s hilarious.”

When she was tall enough to reach any rack, her tastes grew more sophisticated. Now’s she’s good at making anything her imagination conjures, so I wonder if she’ll return to drawing and gluing. We’ll find out on Sunday whether this year’s offering is a giggle or an awwww.

Photo of the distinguished purple rabbit above, courtesy of Betsy at Tippytoe Crafts.  She’s a teacher with loads of craft-y ideas for kids. Check her blog for inspiration.