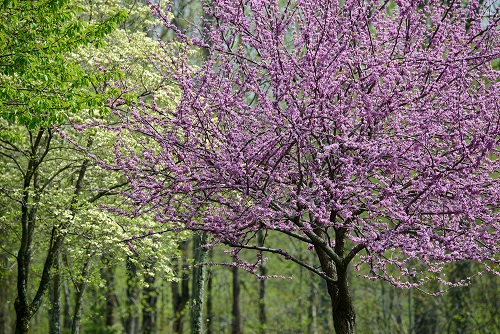 New week.  New season arriving soon.  New definition. Remember when we were very young and thought “happy” was our birthright?  As years went by, we did a lot of things just to get some of that.  Today I think “content” or “peaceful most of the time” will suffice.  I don’t think of these as compromises, but as more likely-sustainable states of mind.

I wish I’d known earlier when to leave well enough alone. I wonder why it takes me so long to learn when to quit. When we try and try again and things keep turning out the same, conventional wisdom says to try some more. The trouble is that’s a solution that doesn’t fix every problem.

Leaving a thing alone is sometimes the only answer. Forced to do that, we look back at everything we’ve tried and then we look ahead and see that things often work out the way they’re meant to. Maybe not the way we hoped for or tried for, but still, things worked out.

The bigger trick for me now is to be content with the outcome achieved. Being content with what is takes me a while.

Contentment must be the most mature of all emotions. Extremes are much more familiar. There’s happy on one side and sad on the other, and when I was younger, I thought “content” was some giant middle ground that meant settling for less. Content was merely “good enough.”

A relative in the Deep South, when asked at the table if he’d like another helping, often answered, “No thank you. I have had a sufficiency.” Today that sounds like brilliance. Something that should be printed up and passed around.

When all the dreaming, wishing, striving and pushing don’t lead to the goal, maybe it’s time to stop, sit on it, think on it, see if there’s been any progress, and see if we can live with where we are right now.

I’m grateful for this growing feeling that some things are in their rightful places and those that aren’t can’t all be fixed by me. I’m trying to learn some tough lessons about accepting things as they are for right now and that right now may be good enough.

Go ahead and offer me a helping of contentment. Today I’ll say yes, please. Contentment sounds like a state of bliss. Good enough doesn’t always feel like a compromise. It often feels like contentment, and that feels like the best possible outcome.